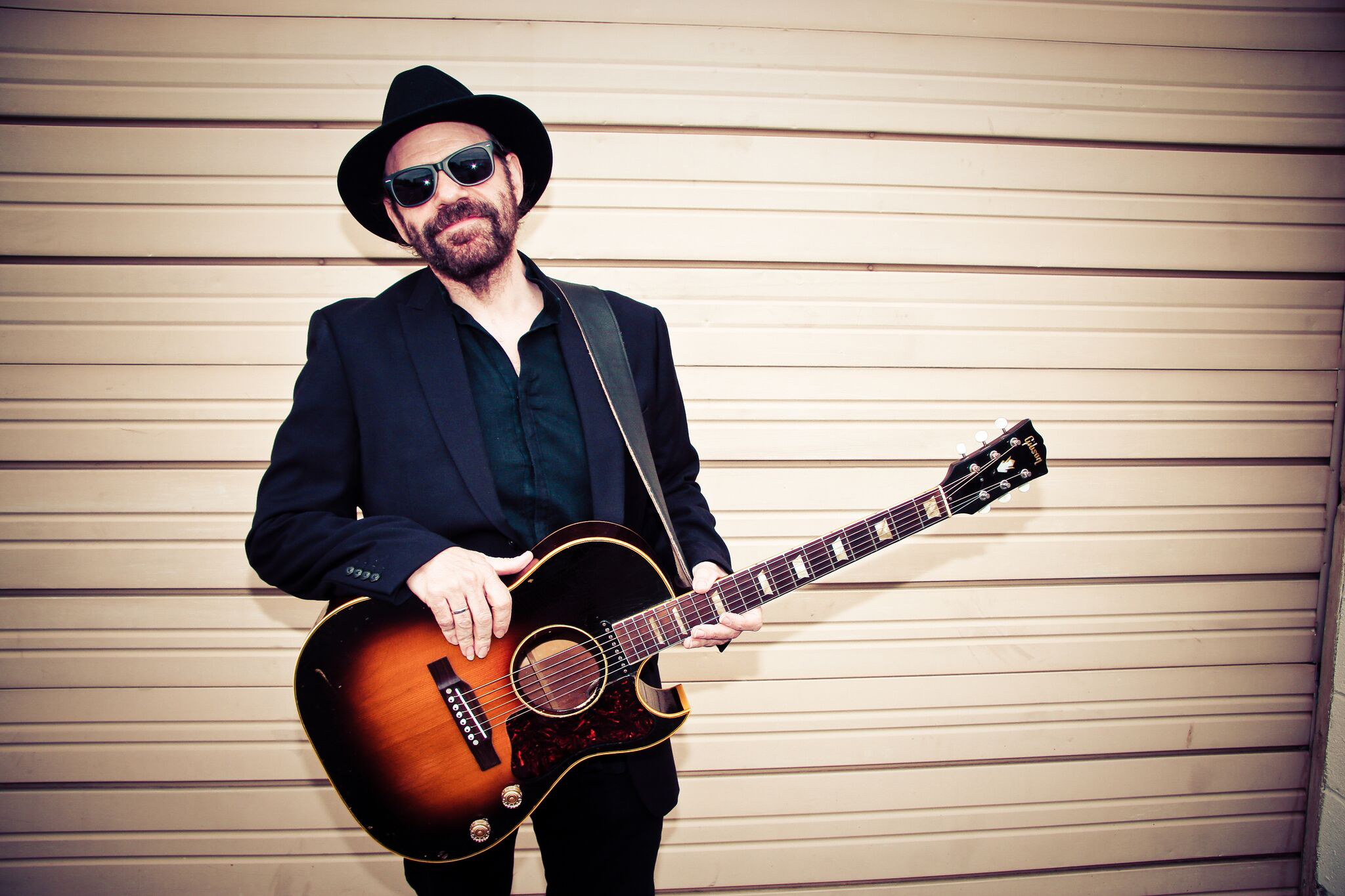 Blues is in Colin Linden’s blood. His introduction to blues culture, and the turning point in his life, was when a friend of his brother’s turned him on to Howlin’ Wolf (a.k.a. Chester Burnett).

Shortly thereafter, in November 1971, an 11-year-old Linden met the blues legend before his Saturday matinée gig at Toronto’s Colonial Tavern. The pair chatted for hours and became fast friends. On Rich in Love, the guitarist/producer’s first solo record in six years, the Renaissance man collaborates with his musical mates and some industry heavyweights, and finds inspiration from dearly departed friends. The result: a dozen deep cuts that ooze with buckets of soul, and lure you in to listen. In each well-crafted note, you can hear whispers of Howlin’ Wolf — and the many other blues icons — who’ve shaped Linden’s musical journey.

“It never loses its thrill,” says Linden, in reference to putting out a solo recording. “It doesn’t feel that different from when I was 20. Interestingly enough, I didn’t even know it would feel that way until it came out.”

“I’m just happy to have some songs that feel honest and real.”

Rich in Love is a collaborative effort. “It’s really a story about Johnny [Dymond], Gary [Craig], and me,” Linden says. “The three of us playing together and the decades of friendship and music that we share.”

Bassist Dymond and drummer Craig have shared the limelight with Linden for so long that there is a simpatico and mutual musical understanding whenever the trio convenes. Rich in Love was mostly recorded in Linden’s Nashville home studio. Legendary blues harmonica player Charlie Musselwhite and keyboardist Reese Wynans (Stevie Ray Vaughan), also lent their talents. And, even though he passed away in 2007, Linden says, “The spirit of [keyboardist] Richard Bell looms large on the record.”

When I catch up with the guitarist/producer, he’s in Music City, driving to the set of the hit TV drama Nashville – currently in production for Season Four, airing this fall on ABC. Linden is the show’s music supervisor, plays 75 per cent of the guitar you hear on the show, and teaches all the actors their singing and playing parts.

The last few years have been a prolific period for the 55-year-old. Linden has toured as a guitarist with Bob Dylan, performed at The White House, played on Rhiannon Giddens’ Tomorrow Is My Turn, and released another Blackie & The Rodeo Kings record (South). As if that wasn’t enough, he’s also produced records for many other musicians, including the latest (Telling Time) from up-and-coming SOCAN member Lucas Chaisson. Somehow, in between, the musician carved out time to write songs for and record Rich in Love.

Most of the songs came together over a couple of years. “It started off with Johnny, Gary and I setting up in a little room in my house,” Linden recalls. “Blackie & the Rodeo Kings had just finished playing at The Hardly Strictly Bluegrass Festival in San Francisco and the pair came back with me to Nashville afterwards. We said, ‘Let’s just take a few days and see what’s there.’”

“I had to go off to a shoot for the TV show [Nashville],” he continues. “When I came home three hours later, the couch had been moved out of the studio and in its place was a set of drums. Janis [Linden’s wife] and Johnny had put up a set of curtains and Gary had set up a bunch of cushions from the couch to make the room sound a certain way… it was all there; that’s how we started. We recorded the first two or three songs as a sort of reconnaissance recording. We figured the worst that could happen is these would be demos, but they ended up being the first couple of songs we cut for the record.”

A number of songs on Rich in Love were inspired by the words of friends now gone but not forgotten. For example, “No More Cheap Wine” has a whole lot of the late musician and novelist Paul Quarrington in it, says Linden: “When Paul was diagnosed with Stage Four lung cancer, the first thing he said was, ‘OK, no more cheap wine!’ I thought that was a great way of dealing with it and looking at the limitations your life may have. It was a great inspiration.”

Despite all his success, Linden remains ever humble. “I get bashful when I talk about songwriting,” he says, “because when you’re playing guitar and ‘Desolation Row’ is coming out of the monitor in front of you, by the guy who wrote it [Bob Dylan], it makes you reconsider how high your bar is as a songwriter. I’m just happy to have some songs that feel honest and real.”

“Delia Come For Me,” from the new record, was partially inspired by the 2011 execution in Georgia of Troy Davis for murder; a case that reminded Linden of the old country-blues murder ballad, “Delia.”
Linden played on Gregg Allman’s Grammy-nominated Low Country Blues;
He’s an eight-time JUNO award winner.

This article was originally published in SOCAN’s Words + Music here.