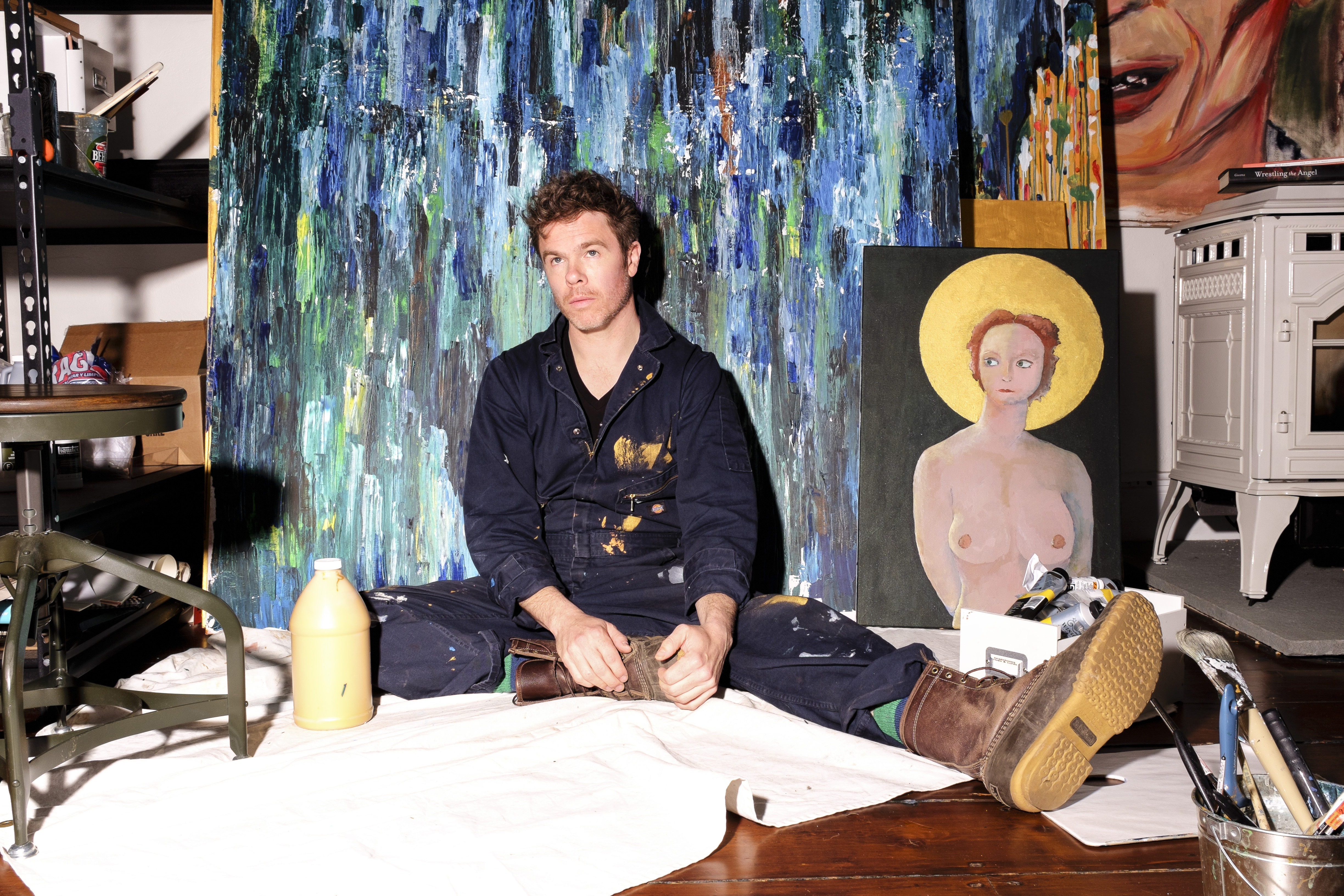 When ChartAttack catches up with Josh Ritter, the singer-songwriter is enjoying life’s simple pleasures at home in rural Moscow, Idaho. Following many months on the road, the 29-year-old is happy to be “back doing the dishes and stuff like that.” The Animal Years was recently released on V2 Records and the finely crafted set of songs finds the songsmith straying from the love ballads of his previous release, Hello Starling. He talked about this evolution, the influence of Samuel Clemmons and the role of the artist in times of turmoil.

ChartAttack: Right from the opening cut, “Girl In The War,” to the grand opus of “Thin Blue Flame,” there is a clear sense that politics was on your mind when you recorded The Animal Years. Was this a conscious decision?

Josh Ritter: It was on purpose. I suppose it was done to try to make me feel better about things in the world right now. What’s the job of somebody who is an artist or a writer in a time like now when it seems like everybody is asked to have all the answers? I was thinking a lot about that because I didn’t want to make another record like Hello Starling right away… that’s just not the place right now… I don’t feel that it’s my job. My job is to write about the things that are really bothering me.

My whole thing with this record was that I wanted to talk about serious political issues, but I also didn’t want to tell people what to think. That’s a major drawback to a lot of political songwriting… that’s a major drawback to debates going on in the States and the world right now. There is just fundamentalism everywhere. We chalk it up to Christian fundamentalism and Islamic fundamentalism and Jewish fundamentalism, but it’s more than that. There are also liberal fundamentalists and conservative fundamentalists. I believe it dumbs down art when we are asked to take part in that debate and tell people what to think in a song. I think it’s amazing when you can get any kind of real life into a song. You are trying to get the most confusing thing there is, regular life, into a system that makes sense, a quatrain with two couplets that rhyme.

With “Thin Blue Flame” I was fighting against that idea. It’s the difference between looking at a picture of wartime and writing a caption for it. A lot of people are looking to just write captions. Instead, let’s take something that is big, bloody, weird and strange and let’s look the beast in the eye.

You’ve described your new album as a silent film. Why this analogy?

What I love about silent films, and how they relate to songs, is that in silent films you have a character that has to be able to bring across a whole range of emotions and a whole history without talking. They have to do it all with action. I think that is similar to songs, especially. I was trying to do that with “Lillian, Egypt,” “Monster Ballads” or “One More Mouth” where you try to tell as much of a character as you can in such a small space. You are limited by the space and how long you want the song to be and how complex you want it to be. But if you can do it you can get a lot about a character and their history into a song. I also think the period when a lot of those movies were made is very similar to the period we are living in now with U.S. imperialism for the first time and Teddy Roosevelt with corporations owning a fair amount of everything. It’s weirdly a similar time.

I understand you recorded at Bear Creek, a big barn outside of Seattle. Tell me about this.

I’ve had really good luck recording in barns. It’s a beautiful studio, but it’s definitely a barn. It’s in a horse-farming area in the mountains near Seattle, with lots of old dogs, which are great to have around. Old dogs totally recalibrate you since they’ve seen everything. You can get relaxed real easily around an old dog. All the effects in the voice were natural effects because of the hugeness of the barn and the way Brian Deck was able to place microphones.

What books inspired The Animal Years?

Mark Twain’s Life On The Mississippi and Letters From The Earth are two really big ones. Also Candide by Voltaire. Letters From The Earth is a beautiful book about a demon that is sent to Earth and writes back about all the stuff that he sees. It was written later in Mark Twain’s life when he was angry and a little disappointed in the U.S. and where it was going. I really like the idea of removing somebody from their body, so they can see more than they can normally see. Those were a bunch of books that made me feel you can comment on your country and comment on your religion as long as you also say, “But listen, I’m a part of this place and I love it and what I’m saying is a reaction and a disappointment, but it’s not a rejection.” There is so little of that right now. People moving away and saying I hate this place… it’s so easy and so disposable. We are saying America is the best or we are the worst. People that live in this country have the responsibility to hold it to account and I think that is far more difficult than dissing it or just extolling it.

Tom Wilson: The Age of Battles
Scroll to top