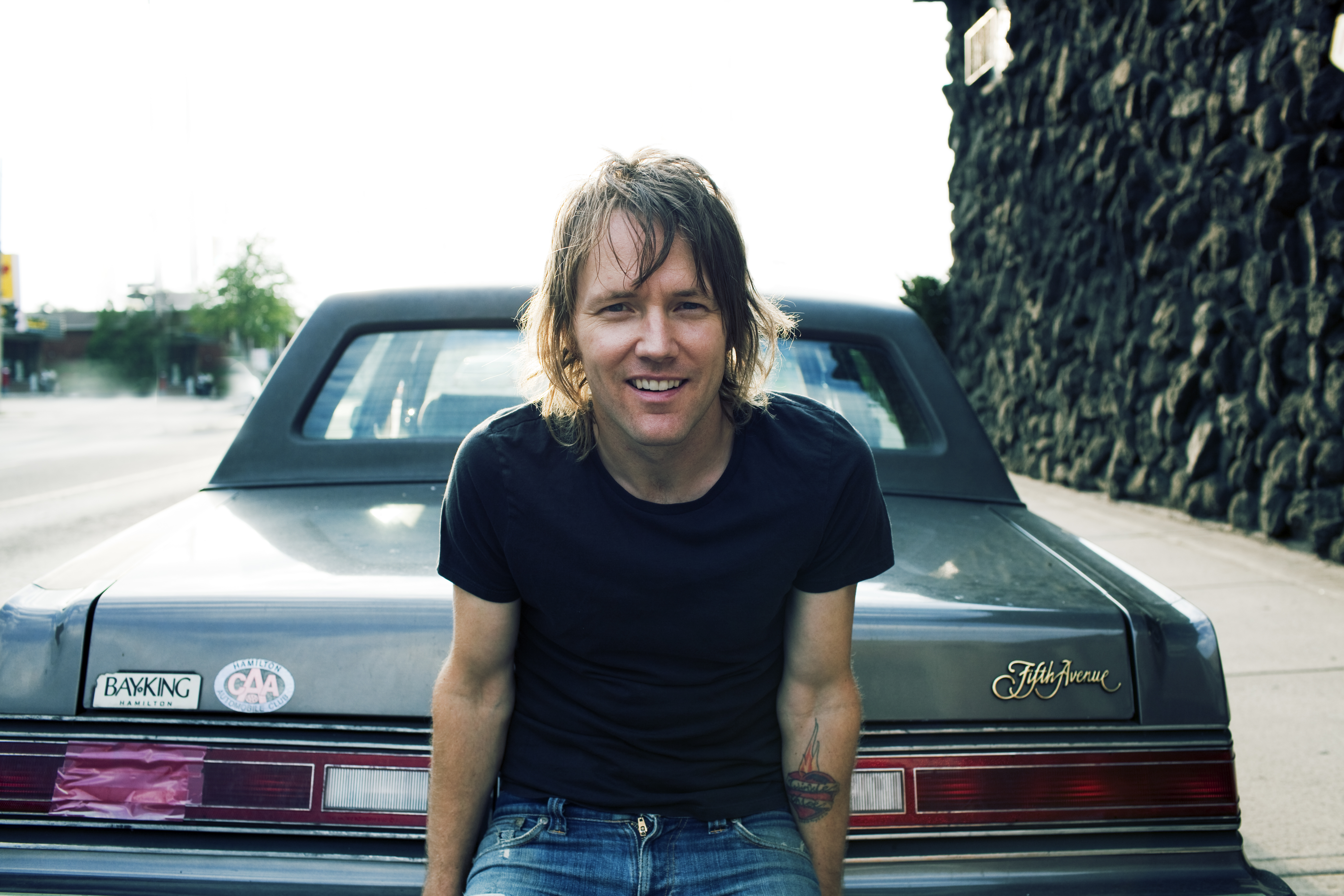 When Luke Doucet held a release party for his new album Steel City Trawler there was Steamwhistle beer, whisky sour shots, oysters and the likes of Brendan Canning of Broken Social Scene in the audience taking in Doucet and his band The White Falcon playing their 11 new songs.

Flash back to the fall of 2009 and I had the privilege to spend a few days in the studio with Doucet while he was putting the finishing touches on this record. The disc, which is a “tip of the hat to Steeltown,” was mostly cut at John Dinsmore’s Lincoln County Social Club in Liberty Village and was produced by Sloan’s Andrew Scott. The record was put on the shelf for a few months while Doucet and wife Melissa McLelland toured this summer as part of Sarah MacLachlan’s band for Lilith Fair.

Hamilton, Sloan, a Canadian folk icon, and a 1980s Brit-pop eccentric all found their way onto this follow up to the critically-acclaimed Blood’s Too Rich (2008). Steel City Trawler oozes rock and soul — harking back to the classics such as The Rolling Stones, Neil Young And Crazy Horse and Tom Petty And The Heartbreakers.

Here is Doucet’s dissection of a couple of the tracks on Steel City Trawler:

On cover songs:
I have a classic-rock attitude towards covers. It’s a good way to end the set and keep up the energy… more important, it’s a really good way to raise the bar on your own songwriting. You’re playing classics and you can’t help but notice your own songs wilt by comparison.

Why he chose Gordon Lightfoot’s “Sundown” to cover:
You know how when you hear a song in your mind’s eye and then you hear the actual recording they aren’t always the same? Think about Neil Young’s “Down By The River.” In my head, it’s a huge, rock ‘n’ roll thing, but then when you listen to the actual recording it’s a fair bit humbler. “Sundown” was another one of those songs where I imagined it in my head to be a big song; it is a big song, but it’s not a big recording, it’s also fairly humble. In my head, I had it like a Crazy Horse song. Initially I thought, “Let’s play this song live. Wouldn’t that be a fun way to end the set?”

There was a tribute to Gordon Lightfoot at Nathan Philips Square [in Toronto] a few years ago and I did “Early Morning Rain.” That was my first real exposure to Lightfoot because I didn’t grow up with him. My parents were listening to The Band, Dylan, Neil Young and Tom Waits, but they weren’t listening to Lightfoot. After I was asked to do this tribute, I started to listen to a bunch of his records and immediately fell in love with his songwriting. The funny thing about that gig is that [folk veteran] Brent Titcomb was at that event and I turned around to look at him backstage while I was singing “Early Morning Rain”; Brent had this look on his face like he had seen a ghost. Afterwards I asked him, “Hey man, what’s going on? You look a little thrown off?” And he said, “Do you have any idea how much you look like Gordon Lightfoot?”

It never occurred to me, but there was this connection. I love discovering or unearthing a love affair between myself and another artist that I wasn’t aware of. I have huge black holes in my music listening and I’m just trying to fill them in once in a while.

On Joy Division and “The Ballad Of Ian Curtis”:
I saw two films: the Anton Corbijn film Control and then another bio-doc about Joy Division in the space of two days and they made an impression on me. Ian Curtis is a compelling figure… not compelling in the sense I don’t think I would have liked him or his music, but compelling in that if he had been a sculptor or a race car driver, I probably would have still written a song about him just because the films I saw cast a light on an interesting person. After I recorded the song I read the bio that his wife wrote. She doesn’t paint a very flattering picture. I was running and had seen these films and had Joy Division music running around in my head and by the time I got home I had written this song. I went to junior high in Winnipeg in the mid-’80s. I was at a preppy school where the preppy girls all had sweet smelling perfume, so when I think about music from that era I think of the preppy kids who were listening to Joy Division, The Cure, New Order, etc… all that post-industrial maudlin British pop. So, when I hear that music today, it reminds me of being in junior high. There’s a sort of nostalgia that went with it.