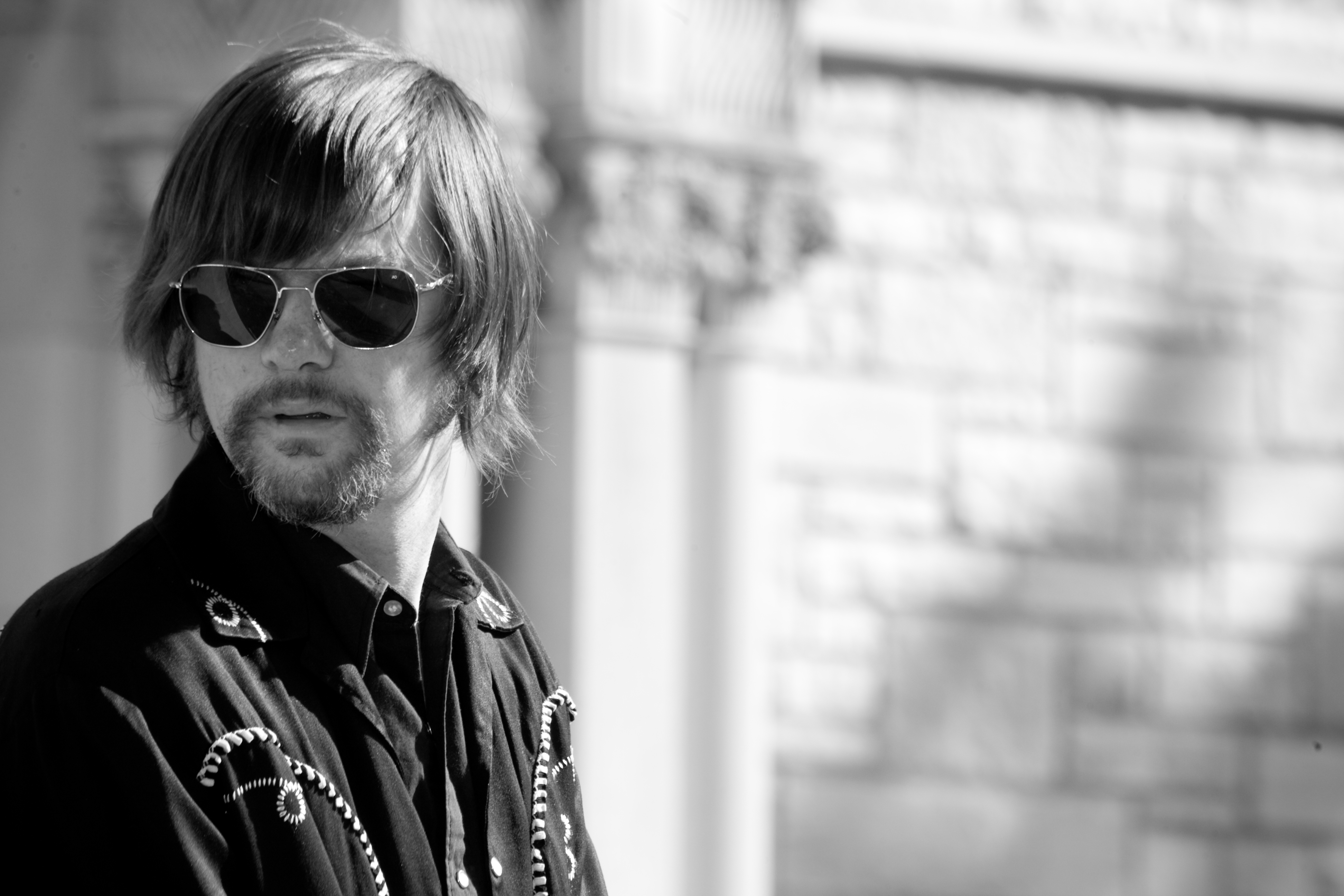 Now, 20 years on, Farrar is working on a package of demos from the Trace era for an anniversary reissue. “It’s been an interesting last couple of months,” he says over the phone. “I’ve been listening to demos and the four-tracks … and trying to find a machine to play a Son Volt show that was recorded at The Bottom Line in New York, in a mobile truck, back in 1996.”

Farrar is excited about these two projects in the works – the Trace demos are due in June and the 1996 Bottom Line show is expected on vinyl later this year. But, at press time, Farrar was still in what he calls the “gathering stage.”

“I’ve made it through four-track demos and there were also some half-inch demos from Pachyderm Studios in Minneapolis,” he says. “Those both sound quite good – as good as the versions that wound up on Trace, whereas the four-track demos have a more organic, Guided By Voices vibe.

“It’s interesting,” he adds, waxing nostalgic in the face of this project. “You see the development of the songs a bit, especially the four-track stuff since I was the engineer and I never had engineered anything before … it was kind of an interesting ride.”

In fact, an “interesting ride” is a good way to describe how his career has played out since Trace set him down a new road. The now 48-year-old Farrar has released eight Son Volt records. As a solo artist, he’s put out two full-length albums, two EPs, one film score, and various live recordings. Most recently, in 2013, he added another Son Volt album Honky Tonk to his canon, plus New Multitudes – a collaboration with Jim James (My Morning Jacket), Will Johnson (Centro-matic) and Anders Parker (Varnaline) that was inspired by the work of Woody Guthrie.

But, let’s go back to the sort-of beginning.

Son Volt’s debut made Rolling Stone’s critics list Top 10 in 1995, though it barely cracked the Billboard 200 album chart, peaking at #166. Farrar remembers that time well. Asked whether he ever considered himself a trailblazer for taking musical lunges that led to a resurgence in the Americana and roots music scene — pushing new musical boundaries in what was then dubbed alt-country – Farrar demurs. “Not really,” he says. “We were just soaking up influences and putting our own stamp on it. Ultimately, rather than a new movement, it was just a continuum … we were continuing the movement.”

One need look no further than Farrar’s early influences for the source of that continuum. He grew up listening to everything from classic rock to garage rock and country. All of these styles weaved their way into his songwriting. “One of the first things I started playing was the Beatles and The Rolling Stones,” he recalls. “Then, I got into American garage rock such as The Spandells and The Chocolate Watchband … that kind of stuff.”

Later, Farrar dug further back into the old musical treasure chest to discover the true roots of the bands he was digging. “I did a 360 and started to get into the music of my folks – country and folk music like Hank Williams and Buck Owens,” Farrar says. “It all got thrown into the mix.

Though he’s considered one of the luminaries of what was once an alt-country movement, it took more than a decade for Farrar to find his way to one of country music’s most trademark instruments. In preparation for the release of Honky Tonk, he spent a year and a half learning to play the pedal steel guitar, working with St. Louis multi-instrumentalist Gary Hunt, who played mostly fiddle on Honky Tonk and helpe inspired the more country-leaning sound of the disc.

It’s that same mix that no doubt inspired his previous band, Uncle Tupelo, to dig into folk classis like the Carter Family’s “No Depression in Heaven,” and breathe in new life. That innovation was so arresting that, two decades after that band’s infamous split got set in stone, as Farrar released the first disc with his new band, many fans still wonder if Uncle Tupelo will ever reunite for another tour or album.

To hear Farrar tell it, that’s doubtful. “That’s certainly not something I think about,” he says. “Interestingly enough, looking back at this Trace reissue I’ve reflected a bit on what went into the making of that record, [and] I do want to talk about the mixing of the Trace record a bit.

“The mixing of Trace was difficult because Jeff Tweedy basically interfered with the mixing of that record,” he continues. “I don’t know if you remember, but back in 1994 when Tom Petty’s Wildflowers came out – the whole world liked the way that record sounded and the way it was recorded. I looked to work with Jim Scott and David Bianco, but for whatever reason those two guys couldn’t do it, so that left Richard Dodd [who won Best Engineer Grammy Award for Petty’s Wildflowers]. He was available. I entered negotiations with him to mix Son Volt’s Trace record; Jeff caught wind of that and called Richard and flat out asked him to not work with Son Volt.

“I don’t know if Jeff’s motivation was insecurity, malice, or both, but the end result was the same,” Farrar adds. “Richard Dodd was an advisor on that Son Volt record and not the mixer. Special language was even put into a contract to appease Jeff [Tweedy]; it stated that Richard Dodd shall not touch the knobs on the mixing console for the Son Volt Trace record. I didn’t have a problem working with the same people, but for some reason Jeff did.”

By now, the falling out between Tweedy and Farrar that took place back in the day is well-known and well-documented. Still, Farrar “was aghast,” he says. “It made no sense, but that’s what went down.”

Certainly, along the way, I realized the more I talk about Jeff the less I’m going to talk about Son Volt.”

Fair enough. So, let’s get back to talking about Son Volt and the Trace remixes. Farrar says a lot of the demos will need to be mastered, but he has already mixed the 4-track. The other project, the Son Volt Bottom Line show from 1996 will also need to be mixed. Until then, Farrar is still doing some touring, primarily as a duo with Hunt, who plays fiddle, mandolin, electric, and steel guitar. “He is a very versatile guy and plays lots of stringed instruments,” says Farrar. “It provides for more flexibility. After doing a bunch of touring off the Son Volt Honky Tonk record, it was nice to have a bit of a break, without a full band.”

And, as the songwriter approaches 50, one wonders if the muse is still visiting Farrar as often. “I still write, but I don’t know if I would characterize it [as being] with the same frequency as I used to,” he admits. “In the past, I just carried on with the momentum of what was going on. Writing was something I did all the time. Now, I’m focused in more limited amounts. I do have a couple projects in the works though.

“I’ve always followed inspiration wherever it may go,” he adds. “It’s an interesting time. … I’m looking to do some other projects. Write some more acoustic songs, more of a folk record with even an Irish tune thrown into the mix. At the same time, I’m looking to write songs for potentially another Son Volt record.”

Two decades since the critically-acclaimed Trace showed there was plenty of life left for Farrar’s musical career following the acrimonious split with Tweedy & Uncle Tupelo, one thing is clear: the wind still carries him and his muse away to new and exciting places.