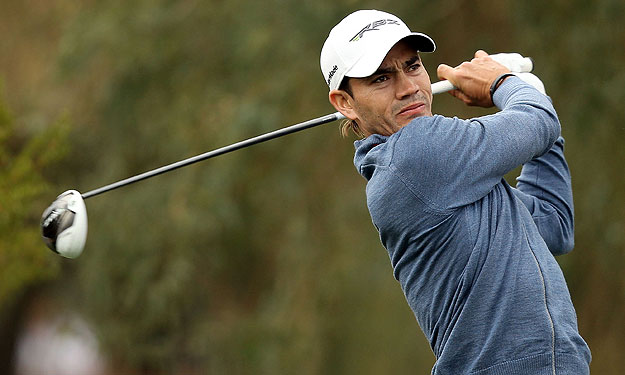 Editor’s note: Camilo Villegas is all-too familiar with the misconceptions many have about his birthplace. As a Canadian married to a Colombian, McPherson has been fortunate to travel to this El Dorado of South America; he, too, can relate to these one-sided, negative headlines. In advance of the Nationwide Tour’s season-opening tournament — the Pacific Rubiales Colombia Championship presented by Samsung at The Country Club de Bogota — he chatted with the Nationwide Tour graduate about golf in his homeland, his thoughts on the launch of PGA TOUR Latinoamerica, and how to change these negative stereotypes of his homeland.

BOGOTA, Colombia — Colombia has more than 50 golf courses and Villegas grew up playing at the oldest of these campos de golf — Club Campestre, Medellin. His parents still live in Medellin, which is Colombia’s second largest city and is situated in the northwest part of the country in the department of Antioquia. In a region where people are fervent for futbol, Villegas, 30, says he was lucky to take up golf.

“My dad joined a golf course when he was 35 and I played with him on the weekends,” he recalled. “I loved the game and before long I started playing in competitions and representing my country.”

One of the many opportunities golf gave the young Colombian was the chance to travel throughout the country and see first-hand all of its beauty.

“When I was a junior, I traveled around Colombia, from city to city, playing in tournaments,” said Villegas, who at 16 became the first player in Colombian history to win his country’s Amateur Grand Slam in the same year. “I would play five, six, seven weeks in a row … that’s where I planted the seed to all the good stuff that has been happening the last six or seven years on the PGA TOUR.”

A few of Villegas’ other favorite Colombian courses include: La Macarena (Medellin), El Country Club in Bogota, and the Club Campestre Cali. Growing up at Club Campestre, Medellin, Villegas practiced on a polo field.

“Some might say it’s boring, but when you have a caddy with a shag bag, you can always work on your numbers,” he explains of this makeshift driving range. “You could see how far the caddy walked to pick up your ball to judge your distance.”

Villegas says his home course did not have the best conditions, but as a kid, he didn’t know any better. “It’s cool to know that so many of the guys on the PGA TOUR come from pretty average golf courses,” he said. “It shows that it’s not only the facilities, but it’s your heart that can take you to the next level.”

So, what will it take for more Colombians to make it to the big show? Villegas thinks the newly created PGA TOUR Latinoamerica, which was announced last October, and begins this fall, is a great start.

“This will give a lot of South American players the opportunity to take their game to the next level,” he said. “I’ve always said I don’t want to be the only Colombian playing on the PGA TOUR. Five or six years down the line, I’m sure there will be a few more guys, Colombian or non-Colombian, that will come from that Tour to the Nationwide Tour and eventually to The PGA TOUR. It’s a stepping stone to the next level and it will definitely grow the game.”

According to Villegas, this new venture should also help break down those negative stereotypes and perceptions of Colombia. As more international players travel to the region for tournaments, they will see and learn more about the rich and diverse cultures of these Latin American countries.

When he’s not playing and competing, Villegas does his part to help grow the game in South America. He returns to his homeland as often as he can – giving clinics and playing in exhibitions. Each time he returns home, he sees golf growing in popularity.

“I see more and more kids involved and more and more talented players just playing the game,” Villegas says. “It’s nice to see other kids get involved and hopefully get through the same process as I did. I’ve only been on TOUR for six years, so it will be interesting to see how many kids have gotten involved in the game because they see a fellow Colombian out there working hard and accomplishing goals.

“It takes time, but maybe in four or five years, you will see the affect of that growth on the game and see more Latinos on the PGA TOUR.”

When it comes to Colombia, Villegas prefers not to preach; he would rather let people come and see for themselves the beauty that his country offers. His simple advice for visitors: don’t be scared, go and enjoy, and have fun.

“One of my main goals is not to tell people how good my country is, but to encourage them to visit,” he concludes. “Everyone from around the world that has had the chance to visit Colombia sees how the reality differs from what the media focuses on. It’s not necessarily the best country in the world, it has its problems, but it’s the place where I have my heart, my family, and where I grew up.”