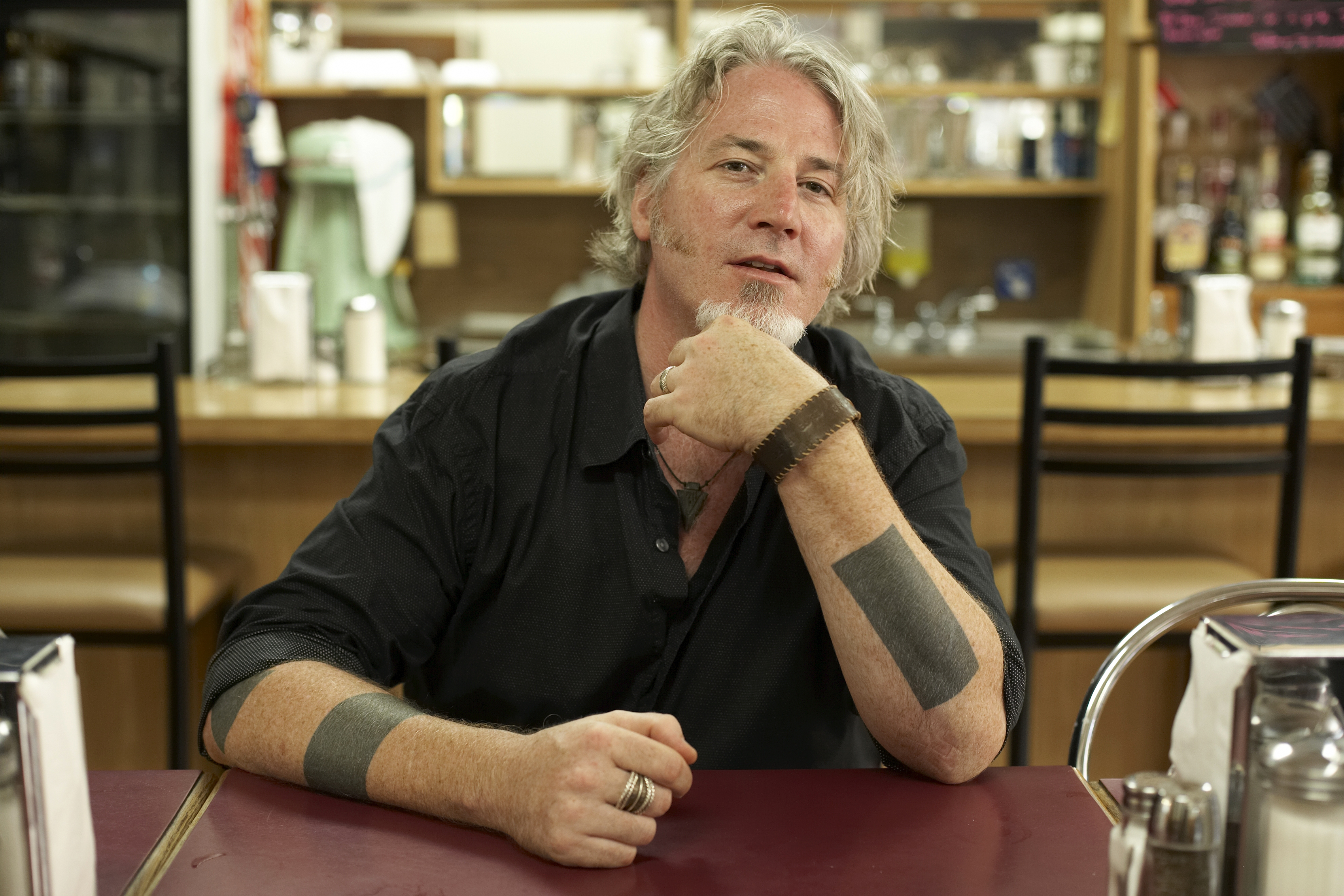 Just like the late nineteenth century aesthetes who believed in “art for art’s sake,” Toronto-based folk singer Jon Brooks believes in folk for folk’s sake. The passionate artist – who quotes everyone from Jesuit priests and seventeenth century philosophers to Pablo Picasso – speaks more like an academic than like an artist.

I meet up with the truth-seeking songwriter and self-professed idealist following his short set at Toronto’s Winter Folk in mid February. Dressed in a black hat and denim and armed with only his words and trusty Taylor 615 acoustic guitar, Brooks played with several other song slingers as part of the Protest Songs session. Buffy Sainte-Marie’s timeless anti-war song, “Universal Soldier,” sung by Brooks was one of the highlights of the songwriters’ set.

After he packed up his gear, we grab a pint of Guinness and head to the backroom at the Irish pub across the street. With a band playing out front, we engage in a discourse on Brook’s folk thesis. With each answer, Brooks pensively strokes his grey goatee, laying out the astute arguments of his oral essay.

“For my money, the folk song is the only thing violent and brutal and loving and tough and brave enough to get inside people,” he says. “I see it every night, whether it is my own songs or the Buffy Sainte-Marie song I sing, you make an effect on people and they’re forever changed.”

Brooks feels Canada has always struggled to classify its art and there is a certain inherent insecurity with the celebration of these home-grown forms of expression. He says the music industry today is so glutted that pop singers are getting invited to folk festivals; it frustrates the songwriter that no one really knows how to define folk music since, for him, there is but one definition.

“Folk music is the intent to arrest in song the truth about a particular people at a particular time and place … that is folk,” he explains. “All the great rap records of the late 80s and 90s had their roots in folk. “All the great punk rock of the 70s had their roots in folk. Of course Guthrie is the obvious example, but folk is an artistic decision. The artist looks at his or her world and decides to show it to others in the hopes of showing it we stand some chance at improving it … that’s folk to me. All the rest is pop music.

“Folk music is that opposing blend of opposites,” he adds. “You have lyrics, which are rational poetry, but then the music comes along and mixes with it and the way it works on it is more irrational … you mix those two things together and you’ve got a very violent instrument of change.”

The 2007 Ontario Council of Folk Festival’s “Songs from the Heart” winner is in the midst of writing a folk trilogy that he hopes taken together can be used as an instrument for change in what he deems “dangerous and diseased times.”

Brook’s debut No Mean City (2005) chronicled the underbelly of his hometown Toronto while exploring the metaphorical homelessness of the modern soul. This was followed by his latest Ours and The Shepherds, which is a disc of Canadian war stories inspired by heroes from history – from John McRae (the author of the famed poem “In Flanders Fields”) to Senator Romeo Dallaire and James Loney. The title of this sophomore effort was taken from a Dorothy Day quote: “Whose fault is it? Ours and the Shepherds.” Brooks describes the record as an attempt to tell the truth about Canadian soldiering in the midst of the present malaise of what is going on.

“When I sing in the first person in the voice of a war widow from 1917 Cape Breton, people have no connection to that world, but if the song works on them they are there and through the power of empathy we have connected,” he explains. “I feel disappointed that so many people I thought were card carrying folk community members in Canada were slightly miffed as why someone who introduces themselves as a folk singer would do an entire record of war songs. To me, that’s absurd.

“A folk singer has to be singing about that. They need to sing about what is broken to make people want to fix it. This is the role of the artist in general. If people don’t have an opinion, the state throughout history has been more than willing to make an opinion on their behalf and that is what is happening today.”
Brooks says that as a songwriter though it’s not his role either to make up someone else’s mind. “I want to tell them and let them decide,” he says. “You have the power as a songwriter to make people not only think rationally, but to feel emotionally about a subject that they otherwise wouldn’t be privy to.

“A great quote I love, that I’ve been using on stage recently, is by the Scottish Renaissance philosopher David Hume who said: If you want to know about a culture or society or a people don’t ask who writes the laws, ask who writes the songs.”

Brooks hopes to release the final instalment in his folk trilogy, titled Moth Nor Rust, sometime in 2008.

“I feel a real urgency to get this CD out because the rest of Canada doesn’t know I had a first album since it’s out of print and it was Toronto-centric,” he says. “I fear that some people think I’m just some dude who goes around writing about war stories, but no that’s just the middle section of the three CDs.”

As our candid conversation comes to a close and the last sips of our pint are drunk, Brooks leaves me with his final thesis on folk and how it differs from pop music.