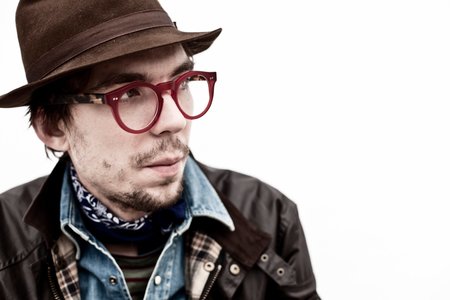 It must be hard living for an aspiring songwriter with a pedigree marked by the names “Townes” and “Earle.” It’s no wonder it took this Southern son time to realise it’s not his role to try to imitate these roots. After a misspent youth trying to find his voice in various bands, Earle rid himself of his self-destructive ways. Without these “high expectations,” he focused on the songs. The result is a dazzling debut marked by loneliness and loss. Earle’s voice is tender and shares more similarities with Hank Williams than his dad. By mining old-time country traditions and mixing in a sprinkling of acoustic blues, the 25-year-old hits all the right notes. “Lone Pine Hill” is a haunting Civil War ballad that also resonates as a modern parable about the costs of war. On “Who Am I to Say,” the sober songwriter confronts his past, quietly asking: “Who cares where you find comfort/I’m no one to deny anybody what they need to take them through a night.” Put this disc on and get lost in its powerful pull of storied songs sure to get you through the night. This is music from the side of Nashville that really matters.

The Good Life has a real old-timey feel to it. Was this intentional?
The way I write songs, that’s just the way it comes out. I’ve never had to try to make songs sound old. For me, it’s just a sensibility, as far as songs go, and what I’ve paid attention to in my life.

Is there a song on the new record that you are most proud of?
I love “Hard Living.” I wrote it when I was 17-years-old and it’s one that made it through all of these years.

How do you fit into Nashville?
I do my best not to fit into this town. The problem is they dont make country music on Music Row anymore. Its always been a singer-songwriter town, its just unfortunate the Music Row machine corrupts many of them and turns them into douche bags overnight by getting them to write crap for Kenny Chesney and Toby Keith, stuff like “She Thinks My Tractors Sexy.” There is a lot more to this town than the Row, but it’s still a shark tank. People come here with high hopes and usually six months later you see them running out of town with their tail between their legs.

What was it like recording at House of David?
Working in House of David was amazing. I really like it a lot and plan to keep making records at that studio for a while. I think the whole thing was easy to do, as we brought the right songs, put them on the table, got the right musicians and we didnt have to cull them too much. They got the idea how the songs represented themselves. We made this record really fast; it was the only thing that was kind of headache about it. We tracked, mixed and mastered this record in seven days. We did it in December and its coming out in March. We got with the right label, who said they could move it fast and we said we could make it fast, so we pulled about four 16-hour days in the studio tracking, mixing and mastering and then had a day or two off.

Some of the songs on The Good Life were written many years ago. Did that help when you entered the studio?
That definitely helped. Also, I’m not a hands-off songwriter. When I’m writing songs, I think in terms of more traditional country music and more traditional forms no matter what they are, whether it’s blues or country music. [On] all those old country records, the steel parts answered the lyrics and the piano parts answered the steel and stuff like that, so I tend to have a pretty precise design of what everything is going to be as I’m writing these songs. With the lyrics, there are certain notes and feels you get from spinning an instrument around in your head that can really help with the vibe of a song. Unfortunately for me, I’m always thinking and sometimes that backs me into a corner. But when it came to making this record, it was a matter of everything coming together quick and right that created the vibe of this record.

Most of these songs, like “Hard Living, are autobiographical in nature? Does that define your songwriting approach?
Most of my songs are, except for when it comes to story songs like “Long Pine Hill” and “The Ghost of Virginia.” Those were study songs, stories that I made up, but I’m a big Civil War buff, so when it comes to story songs usually those are based on historic things, but not historical fact. When it comes to the regular songs, I try not to write about anything I don’t know about. You’ll never hear me write a song about ploughing a damn field because I ain’t never ploughed no damn field and I’m scared of cows, so there aren’t going to be any farmhand songs coming out of me unless it’s a story song where I’m the narrator. That is one of the things that irritates the shit out of me about a lot of the old-time music being made these days. It’s these kids that are younger or a few years older than me and they are writing this crap, these songs that are absolutely unreachable. You hear them usually what they are doing is cutting and pasting already written songs in the first place they are writing songs about ploughing fields and the dustbowl, shit like that. You know what, write a song that has a 98 Ford Taurus in it and that’s where you are going to find your ground because that’s what you know. Sometimes I stop myself from doing it. I’m writing a murder ballad right now where I think for once the girl is going to get the guy. It is based in a mountain town, but it’s based in modern times. The kid drives a ragged-ass 1982 Camaro and works at the Eastman Kodak factory in East Tennessee.

That has to be toughest thing, putting your own stamp on the music, especially considering your name and the pedigree youve been given.
As far as the whole pedigree thing goes, I think everyone who interviews me goes, “you probably are going to hate this but Im going to ask you a question about your dad and a question about Townes Van Zandt.” That never bothers me because if my dad was terrible, I might have a problem with people bringing him up. I know people do and will and have in the past had big expectations of what I was going to be, but their expectations were more expecting me to show up with a bandana tied around my wrist with a beard and to sing with a gruff voice. It’s more of a visual thing, what they are expecting. Where my dad came to a fork in the road and went pretty modern – took old styles and modernised them - I came to the same fork in the road and I turned the opposite direction and took it back. Musically, I’m a lot more of a traditional musician and I think it surprises many people at first when I come out and do that. In my early years of writing, I really struggled with it, as when I was a teenager I was trying to write the great American folk song. I thought I had to live up to Townes Van Zandt and Steve Earle and all the other people who came before me, like David Olney. I thought I had to live up to all these people. It was a really miserable existence feeling like I had something so big, such a towering thing to live up to and I think it was when I got over that, when I finally got cleaned up and I had glimpses of it because I’d written some of the songs before I got cleaned up but it was after I got cleaned up that I said I’m just going to let my songs do what they do. They are going to come out how they come out and I’m going to go out and represent those songs the best that I can and not worry about the great American folk song, not worry about my last name or any other names tagged onto me, just give it hell.

Why do you think Canada has a love-in for traditional music?
Canada has the same grasp that Europe has for more traditional music. For some reason, there is only a line that divides the United States with Canada, but it’s like when you cross that line into Canada the music that I make or my father makes or Townes makes or Guy Clark makes, that music is worth a whole lot more up in Canada with y’all. It’s one of those unexplainable things. Canadians and Europeans appreciate Southern American music more than anyone in America. I guess you’ve got to be an import. We even have those dividing lines in the States, as I always do well in New York. I’ve got a really thick Southern accent and I talk a lot on stage and I’m pretty animated on stage and so it’s almost like they are seeing something they have never seen before. I might as well be speaking in German.

For Gary Louris, it’s time to be a “Vagabond”
Scroll to top