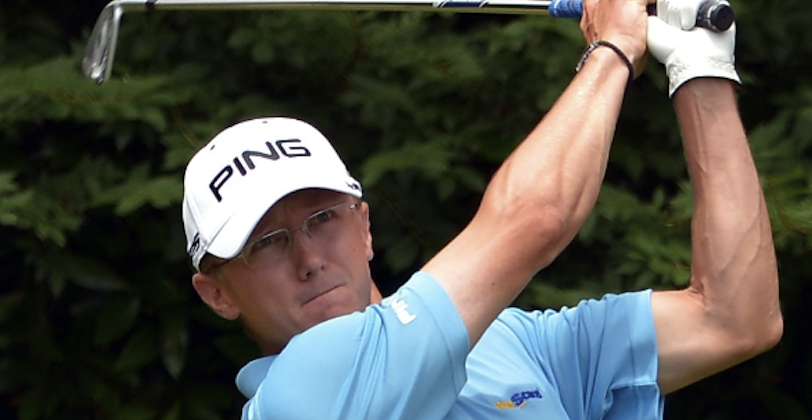 “Pressure pushing down on me …”

This opening line from “Under Pressure,” the 1981 collaboration between David Bowie and Queen, sums up what the 132 golfers teeing it up this week at the TOUR Championship of Canada presented by Freedom 55 Financial are surely feeling.

After eight events in PGA TOUR Canada’s inaugural year, it all comes down to this. The squeeze is on. The butterflies in the player’s stomachs are beating their wings a wee bit faster. On the line: Web.com TOUR cards for 2014 for the top five on the Order of Merit, exemptions to the final stage of Q-school for Nos. 6-10 and a bye to the second stage of q-school stage for Nos. 11-20.

With less than $300 separating third through fifth on the Order of Merit — and $7,000 separating fifth from 10th — anything can happen this week at Sunningdale Golf & Country Club in London, Ontario.

Graham DeLaet, who currently ranks fifth in the PGA TOUR’s FedExCup, played both PGA TOUR Canada and Web.com Tour. He knows the added incentive this week will be a huge motivator.

“When we were out there, it’s not that we didn’t want to play well because we did, and we wanted to make as much money as we could, but there was nothing to really play for other than the week-to-week cheques,” says DeLaet.

DeLaet’s good friend Joe Panzeri agrees. The 27-year-old from Idaho, who won the ATB Financial Classic in Calgary, Alberta earlier this summer, heads into the TOUR Championship of Canada holding the fifth spot on the Order of Merit with $39,312.73, just over $3,000 ahead of his next competitor.

“I feel like I’m in a good spot,” Panzeri says. “If someone told me at the beginning of the year that I would be where I am, I would have been happy to hear that. At the same time, this event is big. You could miss the top five by a couple hundred bucks, so each shot is a big deal.”

Whether Panzeri lives up to this added pressure this week and gets his Web.com Tour card or not, he’s happy with the progress he’s made on PGA TOUR Canada this season.

“I just told myself to work hard all year and not have any regrets at the end of the season,” he says. “I can’t control what anybody else does; I can just control what I do. My goal is to get back in the mix and try to get another win.”

Lucky for Mackenzie Hughes, the pressure is off. The 22-year-old from Dundas, Ont., who began the year with no PGA TOUR Canada status, locked up his Web.com Tour card with a victory last week at the Cape Breton Celtic Classic.

“To win on PGA TOUR Canada means so much,” said Hughes, a two-time Canadian Amateur champion. “It’s been a crazy year. If you told me at the start of the year after I missed those first few cuts that I’d be No. 1 on the Order of Merit heading to the TOUR Championship, I’d say ‘stop messing with me.’”

For others, there is no more time to mess around. Riley Wheeldon, who Hughes knocked out of first place, currently sits in second on the Order of Merit with $43,987.50. While he missed a few cuts late in the season, the 22-year-old from British Columbia started the year strong with a third-place finish in Victoria and later won his first PGA TOUR Canada event at The Syncrude Boreal Open.

The added pressure this season is something he’s definitely felt.

“It’s a pretty deep Tour now and anybody can win,” Wheeldon says. “With the added incentive of the Web.com Tour card, the Tour has definitely gotten stronger.

“Everyone has been playing with extra motivation since there is a lot more on the line. Obviously, coming down the stretch, there is more pressure on us than there was last season and pretty much any season I’ve played before. I’m just trying to get used to it and go out there and play the way I can … hopefully the results will take care of the Web.com card.”

Just outside the top five sits Nick Taylor. Like Wheeldon, he hails from British Columbia. While a victory has eluded the 25-year-old, he’s been the most consistent player this season on PGA TOUR Canada with five top-10s in eight events and only one missed cut. The increased competition, he says, has helped him take his game to another level.

“Look at the scores each week, there are some crazy low scores,” said Taylor, who sits seventh on the Order of Merit. “If you are not making birdies in any of the rounds you are getting lapped.”

Taylor hopes he’s the one who sets the pace for the field this week, not one the players that gets lapped.

“It will be really exciting,” he said. “Going into this tournament, a win could jump someone like me into the top five. That adds a lot of excitement. It will be fun to be a part of this.”

Snedeker pulls away for big victory at RBC Canadian Open