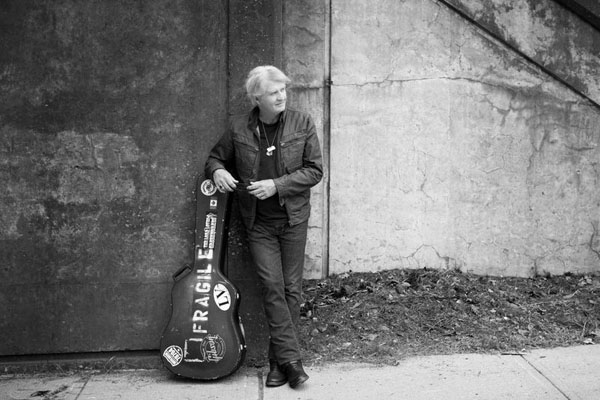 For award-winning songwriter Tom Cochrane, the refrain from his 1991 worldwide hit “Life is a Highway” is apropos. Travel and lifelong experiences drive Tom Cochrane’s inspiration.

On February 10, Cochrane released Take It Home, his first album of new material since 2006’s No Stranger. The disc is a cohesive collection of 11 songs that beg listeners to pack their bags and renew their passports. From Austin, Texas, to Ontario’s Georgian Bay and far-flung locales like Africa, Cochrane shares stories of people he’s met and experiences that have touched his heart. The record reflects the rock ’n’ roll hobo tradition epitomized by Woody Guthrie and Hank Williams. The catchy opener “I Can’t Stay Here” speaks to this restlessness.

“That tradition is still out there,” says Cochrane. “A lot of this record relates to travelling; it’s also a spiritual journey.”

One of the more poignant cuts, “A Prayer for Hope” was inspired by a World Vision-backed trip to Africa six years ago. “We met Margaret there, a mother dying of AIDS. We couldn’t do anything for her, other than pray,” says Cochrane, who captures his encounter with the lyrics: “Margaret sits by the hill and stares at her children, wonders what they’ll do when she’s gone.”

“I like to tell stories, I like songs that touch people in whatever way. It’s got to mean something,” says Cochrane, who started out as a folk singer/songwriter in Toronto in the 1970s, then toured the globe with his band Red Rider into the mid ’80s before his 1991 album Mad Mad World and its anthemic hit “Life is a Highway” made him a household name.

Asked to name a favourite locale, Cochrane cites a memorable gig in Germany. “We played this amphitheatre at Lorelei, which is high on a cliff, towering above the narrowest point of the Rhine River. I remember looking down at the old curve in the river as the sun was setting behind the stage…it was magical.”

To promote Take It Home, the restless rocker plans to hit the road again for a cross-Canada tour. He also plans to play some summer festivals.

“You’ve got to get out and play live,” says Cochrane. “I enjoy it. I went through a whole period where the magic was making records and I was terrified of performing. I can’t pinpoint the precise time when that changed, but people started responding to more than one of my songs, and I thought ‘This is fun…This is what it’s all about.”