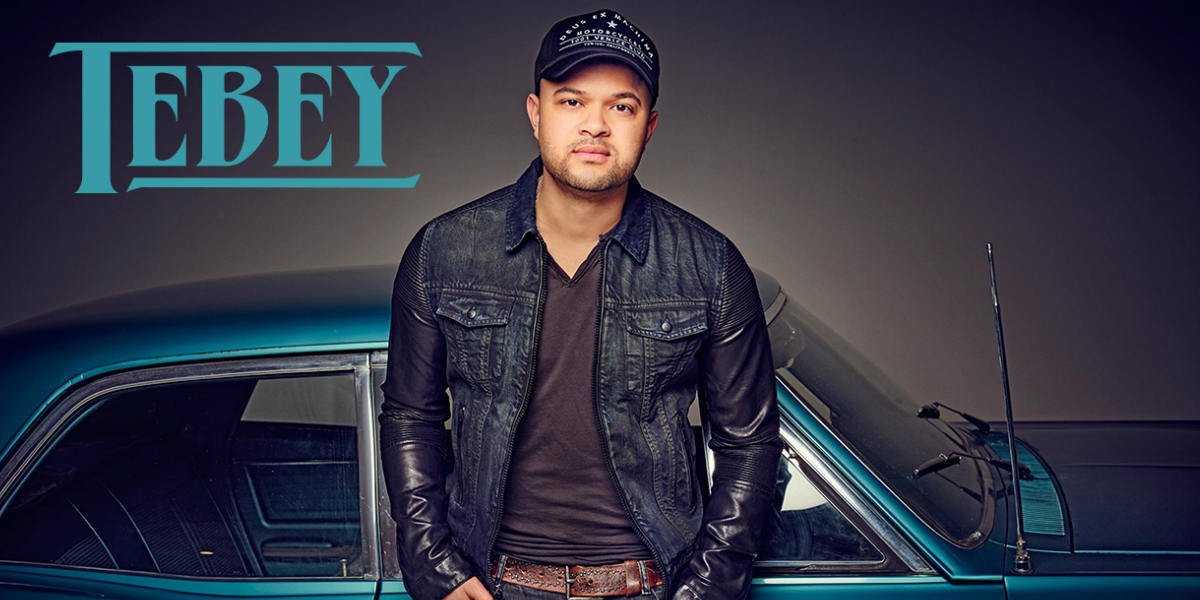 Depression digs deep. It hides. It waits. Often, it seeps in slowly, and materializes when you least expect the darkness. That’s exactly what happened to hit Canadian country singer-songwriter Tebey (a.k.a. Tebey Ottoh). Though he’s battled anxiety and depression ever since he can recall, one of those unexpected episodes came on strong a couple of years ago, and didn’t let go.

“I was getting overwhelmed by the music business,” Tebey says. “It’s a tough business, and it wears on you. The BS I have to deal with every day is tremendous. As I get older, I don’t have the tolerance sometimes for it. I just hit a wall. I wasn’t feeling very creative, and didn’t want to do music anymore.”

Tebey opened up earlier this year about these struggles with mental illness – penning a letter for Bell as part of its Let’s Talk Day campaign. “I wanted to be honest with people,” he says.

Sometimes writing songs helps artists heal. Not this time. Not for Tebey, at least initially. The support of his wife, and a sabbatical with his family, travelling throughout Asia (South Korea, Thailand, and Tokyo) provided the respite the songwriter needed to get in the right frame of mind to let the muse back in. He also admits that he was afforded the luxury to take some extra time off, without immediate financial worries, after “Somebody Else Will,” which he co-wrote for American country artist Justin Moore, was a Billboard No.1 in 2017; it was Tebey’s first No.1 single South of the border, as a songwriter.

We catch up with Tebey in Toronto on the release date for his new six-song EP Love a Girl — a collective effort between Tebey and Danick Dupelle (Emerson Drive), his co-producer and “co-captain,” who helped him push the envelope and take the songs in a new direction. It’s Tebey’s fourth recording, following a period of producing records for others, and writing, or co-writing, hit songs for a diverse range of artists, from pop to country stars – including One Direction, Cher, Fifth Harmony, and Big & Rich.

His own first single from Love a Girl, “Denim on Denim” – co-written with fellow SOCAN member Kelly Archer and American songwriter Nathan Spicer – is an infectious, country-leaning song that’s already climbing the charts at interview time. The rest of the five cuts fuse Tebey’s pop sensibilities with his love of mainstream country. “We took some chances with this record,” he says. “I think we succeeded.”

Take the title cut, “Love a Girl.” Lyrically, it’s definitely a country song, but production-wise, it’s something else entirely. “I believe that song is as far to the pop side of things as we’ve ever been,” says Tebey. “The lines today are blurred, especially with country music fans. They’re listening to Chris Stapleton one minute, and five minutes later they’re kicking the new Drake! I wander around the campgrounds at festivals like Boots and Hearts, and I hear their playlists.”

“Who’s Gonna Love You,” written for Tebey’s wife, is another song that, at interview time, was expected to garner a lot of airplay. Lyrics like the following are ones likely to resonate with listeners:

I’ve been known to steal a couple of curly fries from her side of the table on a date
I’ve been known to flip the finger to the guy driving slow over in the fast lane
And when I steal the covers on the bed, or lose a twenty on a stupid bet
She shakes her head, smiles at me and says, who’s gonna love you if I don’t?

“I talk about all the stupid things I do daily that drives her mental,” says Tebey. “I’m sure people will smile when they hear those lines and say, ‘That’s me!’”

When it comes to writing lines that linger long with listeners, he believes a memorable melody is still the key to a great song. “That’s one thing that will never change,” says Tebey. “Production, and what’s hot at the moment, will always change, but classic melodies won’t… They’ll be around forever. Think about a song like, ‘I Want it that Way’ by Backstreet Boys, or classic songs by Journey. Those are melodies that’ll never go out of style. Using the latest sounds and the hottest production is fine, and keeps things current, but melody is still king.”

Tebey admits he’s a melodic songwriter. Melodies come naturally to him, but they also come very meticulously. “Often, I have to grind them out to find them,” he says. “I also don’t settle. I need to explore every option with that melody before I can say, ‘This is the best it can be.’ It’s one of the things younger songwriters don’t do. They settle, and don’t even know they’re doing it. There is a big difference between a good melody and an undeniable melody.”

When asked if there are any undeniable melodies on the new EP, Tebey laughs, then says, “You don’t swing and knock it out of the park every time!”

“Every session is different. The more you write with people, the more you understand their process. Still, there’s no magic formula. You need to continue to work at it, and be 10 per cent better than everyone else all the time… that’s what I strive for.”

When it comes to the craft, Nashville-based Ashley Gorley is one of his songwriting heroes, but Max Martin is Tebey’s touchstone; someone who hits more home runs than most. “To me, he’s the greatest pop songwriter of all time.” [Martin is a Swedish songwriter who’s won the ASCAP Songwriter of the Year Award a record 10 times, and has the third-most No.1 singles on the Billboard charts, behind only Paul McCartney and John Lennon. He’s written or co-written songs with the likes of Taylor Swift, Katy Perry, and Pink, to name a few.]

Hit singles and sales aside, for Tebey, a song’s success lies more in how deeply it resonates with listeners. “When people spend their hard-earned money to download your song, that’s when you know you’ve connected with them,” he says. “No. 1 songs may not necessarily connect with fans, even if they’re big radio hits. I want to write songs that connect with people. It’s a crapshoot, though. You never really know what’s going to hit. There’s no secret formula. You just write your best songs and use your gut instinct.”

Another key is honesty. “You can’t chase stuff,” he says. “That’s what’s important. As a writer, or for upcoming songwriters who might read this, my best advice is, it’s important to be yourself. You can’t be someone else: all the best bands, artists, songwriters, etc., do what they do best, not what someone else does best.”

Besides writing melodic songs, what Tebey also does best is help others face their demons. Born in Peterborough, and now based in Nashville, at interview time the country star was going to return home at the end of the month for an annual golf charity event he started last year, expected to raise about $25,000 for mental health projects through the Greater Peterborough Health Services, Your Family Health Team Foundation. “It’s a cause that is so close to my heart,” he says.