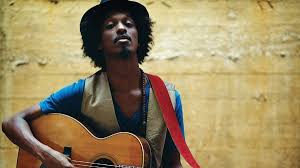 Look at the headlines and the portrait you get of Somalia is a poverty-stricken, backward country, home to warlords and pirates. That’s only one-side of the story; this African nation, which Forbes magazine recently named its most dangerous destination, is also a nation famous for its pastoral verse. The 19th-century British explorer Richard Burton wrote in First Footsteps in East Africa, “[Somalia] teems with poets …” And, the late president of Somalia, Abdi-rashid Ali Shermarked, spoke of the country’s pastoral verse as “one of the two national assets of inestimable value” ranking it just behind the Muslim faith.

K’Naan — the Toronto-based, Somalia-born, hip-hop artist — is one of these poets. Through his music, which mixes world beats, rap and reggae, and the oral tradition of his forefathers, he penetrates the stereotypes of his nation, trying to give people a glimpse of this other side of Somalia and explain the reasons for the piracy. Reaching the musician in Music City, we speak of his new record Troubadour and how his music documents his struggles to find meaning within the madness and hope amidst the hopelessness.

“There is a purpose art has always served whether it is a painting or any kind of art,” he says. “It’s to take tragedy and mold it into something beautiful … that’s the prescription I subscribe to.”

K’Naan certainly knows tragedy. In 1991, his family narrowly escaped death and managed to get on the last commercial flight out of war-torn Somalia. His first record, The Dusty Foot Philosopher (2006), which won a Juno for best rap recording, documented these experiences. “What’s Hardcore,” from this disc, directly spoke of the gunmen who terrorized his countrymen. After leaving Somalia, K’Naan arrived in New York and survived the ghettoes and gangs of Harlem before settling in Toronto’s Rexdale neighbourhood.

Troubadour, released this past February, continues this journey. Troubadour means traveller and K’Naan’s birth name (Keinan) also means traveller in Somalian, so the title is apropos. Since fleeing Somalia, the 31-year-old has done his share of travelling. And, like the bards of old, K’Naan documents this journey, bringing his message to the masses. While many of the songs are political, K’Naan does not preach. Through rhymes, he tells these tales of experience and lets the listener find the meaning in his wordplay.

In the liner notes, K’Naan thanks, among many, warlords and drive-by shooters. He gives these people props for “forcing [him] to create,” “making him fight harder,” and for “giving him convictions.”

K’Naan’s grandfather, Haji Mohamed, was a famed Somalian poet and his aunt, Magool, was one of Somalia’s most famous singers; the rapper learned at a young age to rhyme and write in verse. But, instead of traditional poetry, the emcee adopted his generations’ medium — hip-hop — to tell his story.

It’s hard for wired North Americans, addicted to their Crackberrys and “Twittering” to fathom life without technology, much less, imagine a life without a stable government, where every day could be your last.

“That’s what life was made up of for me at a young age and for Somalians,” he explains. “The tradition of oral poetry was the method or informer of your day to day and your dreams and ambitions.”

K’Naan’s voice became his weapon and the means to fulfil his dreams; his songs were his shield — steering him on a righteous path of verse as opposed to the corrupt path of violence. In his three decades, the musician has seen more violence than most. At 14, the rapper and his three best friends were attacked by warlords; while K’Naan survived, his chums were gunned down. Like the woman he sings about in “Somalia” – “she got a gun/but she could have been a model or a physician” – K’Naan could easily have turned to crime; instead, he turned to rhymes.

“Somalia” is one of the songs on the new disc that best sums up K’Naan’s journey; he describes this composition as an ode. Through lyrics like these from the song’s chorus, “So what you know about the pirates terrorize the ocean?/ To never know a single day without a big commotion?,” K’Naan criticizes the media and the one-sided view they paint of Somalians as modern day pirates.

“What I’m doing in this song is trying to explain a bit of Somalia to people,” he says. “I’m still shocked by how much people don’t know about Somalia. I still find it surprising – even now that it’s on TV and print every day with pirates. It’s not contributing to knowing about Somalia, it’s just contributing to how the West knows Somalia. I always want to do things in my music to try to explain a little bit about my life, my past and my country.”

On Troubadour, the rapper wastes no time letting listeners know of these experiences. In the opener, “T.I.A. (This is Africa),” K’Naan says: “I take rappers on a field trip any day/ They never been opposite real clips anyway.”

K’Naan is referring in this song to his brushes with bullets (clips) and how you can’t compare the ghettoes and gangs of North America to what he experienced in Somalia.

Thanks to an invite from friends Stephen and Damian Marley, K’Naan recorded much of Troubadour at famed Tuff Gong studios in Jamaica and he wrote the bulk of the songs during a sojourn at Bob Marley’s house. He says the experience was surreal; he used everything from the folk guitar to the actual Hammond B3 used in Marley’s Exodus; K’Nann is still trying to put into words the meaning of these magical months.

“I’m fascinated and also inarticulate about that whole experience,” he says. “How do you sum up the feeling of being in that environment … having that privilege, just being creative in one of the greatest spirits of our time, in his world and with his friends and family and using his house and his instruments? The entire experience was a beautiful daze.”

Elliott Brood At Home in Hamilton
Scroll to top