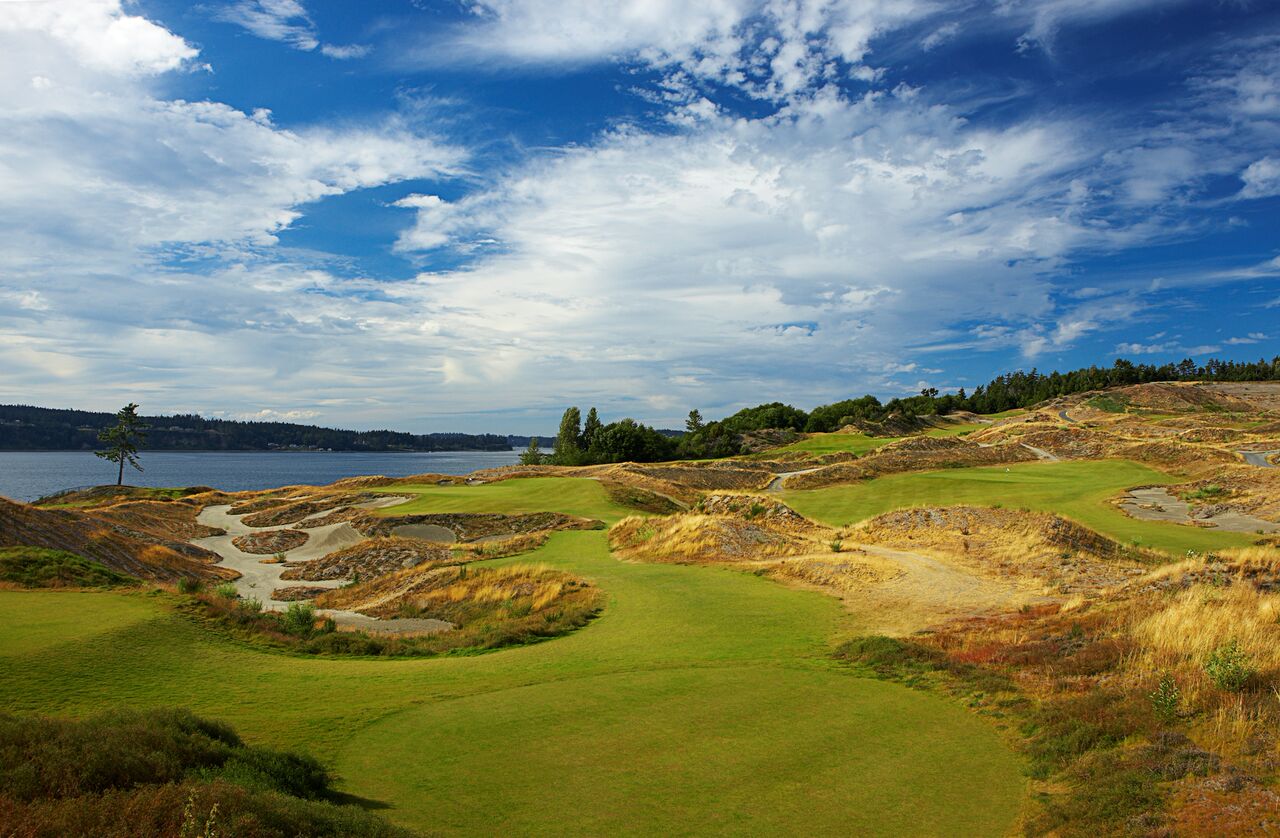 In my golf-writing career, I’ve been fortunate to tee it up at some nice courses, near and far. I played TPC Sawgrass in Ponte Verda, Florida (home of The Players Championship on the PGA TOUR) by my lonesome one dewy January morning a few years back. I was the guest of the superintendent. My score did not matter. On the front nine, I saw an otter swim in the water hazard. I took more shots with my camera than with my clubs. And, when I stepped up to test myself at the famed island 17th green, par 3, I had a gaggle of birds as my gallery. I made par, even though the blue and white herons were my only witnesses.

I’ve walked the fairways of Augusta National as a patron on a Wednesday in April, eating a pimento cheese sandwich at Amen Corner. I’ve played in coffee country in Colombia with a caddy guiding me and providing camaraderie during my round. I’ve played TPC Old White, home of The Greenbrier, on the PGA TOUR. I’ve played historic Oak Hill Country Club in Pittsford, New York, host most recently of the 2013 PGA Championship won by Jason Dufner.

Besides these memorable experiences, I’ve met many unforgettable people through my years writing about golf. As a junior, I watched Canadian Golf Hall of Famer Moe Norman bounce balls off of his putter in the pro shop of my childhood course, Westmount Golf & Country Club in Kitchener, Ont. Another time, for a feature for this magazine, I golfed a few holes with Jaime Farr (Klinger on M*A*S*H). From early morning rounds alone with my thoughts (golf is better than any therapist), to days spent with my dad – and with new and old friends – the sport, to me, is much more than a good walk. I feel spoiled I get to experience all of these opportunities.

Last summer, yet another Bucket List golf invite came my way: the chance to play Chambers Bay – host of the 2015 U.S. Open. Saying no was not an option. I boarded a plane at YYZ in the early morning bound for Seattle. On the descent, I glimpsed stunning views of Washington States’ highest peak – the glacier-capped Mount Rainer.

Upon landing, I met the rest of my party and we drove south for an hour, through Tacoma, to reach Pierce County and Chambers Bay — the links-like course designed by Robert Trent Jones II, sculpted on the site of a former sand and gravel mine. Water abounds everywhere the eye can see, but your ball won’t get wet on the course that is all grass, dunes, and bunkers that are deep and plentiful.

During the U.S. Open in June 2015 (won by Jordan Spieth), the major championship came to the Pacific Northwest for the first time. In its 114-year history prior to the 2015 event, the U.S. Open Championship — an event held in New York State and Pennsylvania 18 times each — never made it to Washington State. It was worth the wait for the PGA TOUR pros and it was definitely worth the cross-country trip for me to reach this special piece of property marked by a lone pine tree on the property, phenomenal water views and fescue grass.

Pre or post-round, start your golf experience at the Chambers Bay Grill. Sit on the patio and soak in the panoramic views of Puget Sound and the natural beauty of this Pacific Northwest locale while enjoying a cup of clam chowder, a cheeseburger and a micro brew. If you are lucky, you might catch a glimpse of a pod of whales dancing in the tranquil blue waters below.

Chambers Bay is a walking-only course; a caddy is recommended. Cost is $50, plus gratuity. I chose to carry my bag, but our group had a pair of caddies, each carrying two bags. Who says golf is not exercise? An 18-hole round here is a 10-mile walk with so many elevation changes of the dunes that you climb up — and walk down — more than 600 feet. This walk is not for the faint of heart, but it’s all part of what makes this golf experience so unforgettable.

While waiting to hit your tee shot on several holes, pause to watch as a Southern Pacific train roars down the tracks that border the golf holes. Ancient “ruins”—from the site’s mining era—are also visible from a number of holes. Like true links golf, Chambers Bay’s rollicking fairways allow you to get creative. Have some fun. One of my most memorable shots was putting the ball 50 yards out from the green!

The extraordinary views of Puget Sound and the Olympic Mountains provide a backdrop that is visual stunning, all complemented by world-class golf. Add Chambers Bay to your golf bucket list today. It’s worth the flight to Seattle. Just make sure your glutes are in shape for all the climbs.

Nitty Gritty Dirt Band Gets Back to its Roots

Meeting of the Minds
Scroll to top