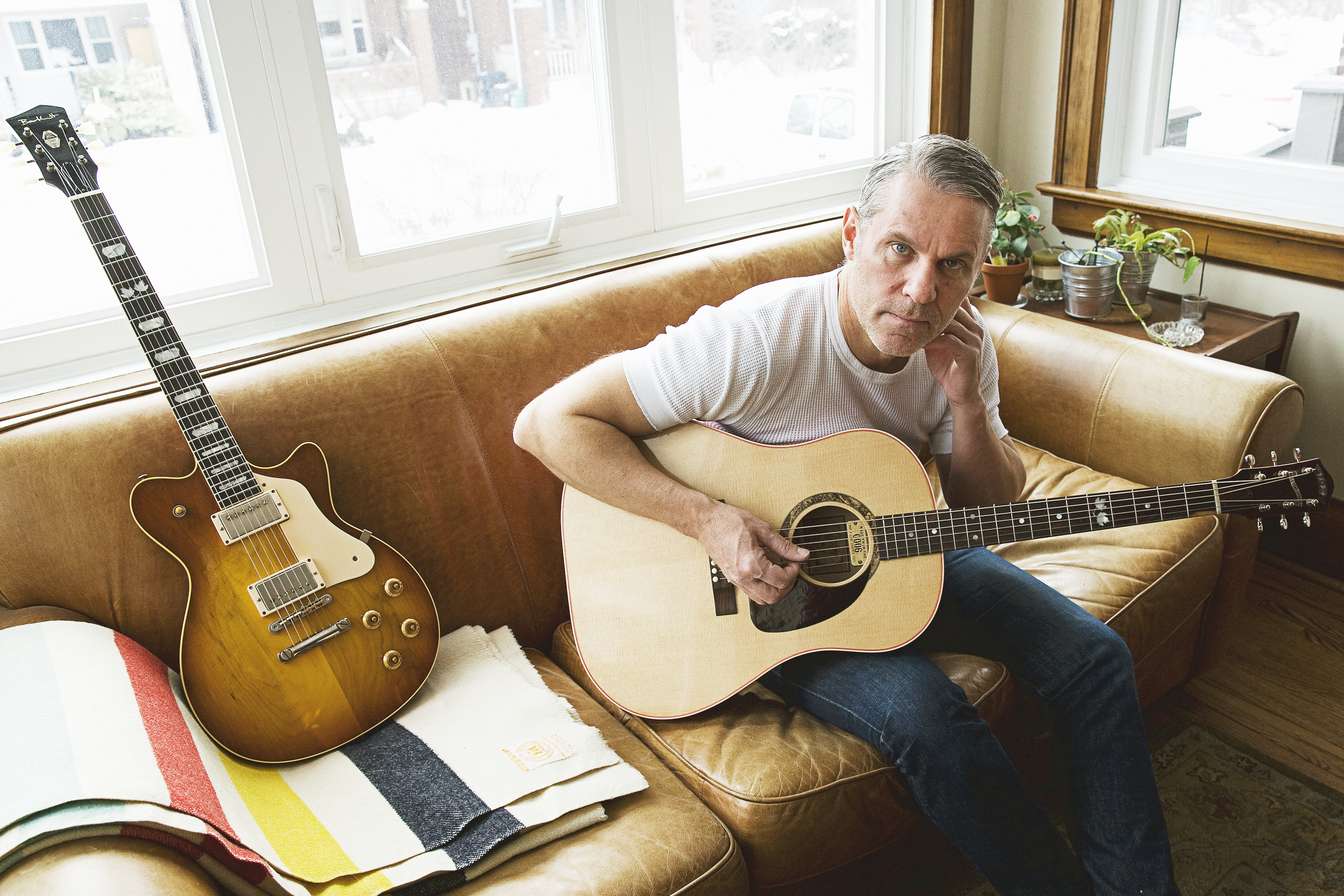 Colin Cripps love of guitars was first kindled as a Steeltown teen. The musician bought his first axe – a Telecaster copy – at Reggie’s Music when he was 15. Cripps ended up working at Reggie’s (which is no longer in business) on and off, from age 14 until age 23. “I was so enamored with guitars from day one,” he recalls. “The place had a big impact on my early guitar obsession.”

Today, Cripps, 54, lives in East Toronto, but his heart still often pines for his Hamilton home. While much has changed since those formative years, the one constant is his guitar obsession. As Blue Rodeo’s guitarist, Cripps is still a “Tele guy,” but his guitar collection is filled with an ever growing, ever changing variety of vintage instruments. The latest acoustic he adds to hAis arsenal – at least for the next year – is pretty special. Known as the Maple Leaf Forever Guitar, the idea for this instrument was born out of a conversation the musician had in May 2014 with his local MP (Craig Scott, NDP for Toronto-Danforth) while attending the Governor General’s Lifetime Achievement Awards in Ottawa with the rest of Blue Rodeo.

“While seated at a luncheon I was introduced to Craig and we began talking about his riding, Ward 29, which happens to be where I live as well, and through talking about music, we got into a discussion about the ‘Maple Leaf Forever Tree,’” recalls Cripps, over a croissant and tea at Patisserie La Cigogne. “It is a 170-year-old Silver Maple, which inspired Alexander Muir to write ‘The Maple Leaf Forever,’ unofficially considered Canada’s first national anthem.”

Flash back to July 2013. Cripps heard of the massive windstorm that felled much of the tree. As a wood enthusiast, and guitar lover, his mind immediately wondered what was going to happen to all this wood. Through his conversation with his local politician, Cripps learned the fallen lumber had been cut into pieces and had been sitting in a kiln drying for almost a year. The wood was then to be tendered for projects that would reflect the tree’s cultural history with Toronto, and the rest of Canada.

Cripps proposed to have a friend craft an acoustic guitar using the wood from the Maple Leaf Forever tree. The proposal is that the finished guitar would be passed on to a different musician each year, build its own story, and forever remain in the public trust. Dave Fox, a luthier friend, was brought on board to build the guitar with Cripps’ guidance.

“I had very definitive ideas about the style, construction, and details of the acoustic guitar, and having known Dave and his guitars for quite some years, was confident that we could put together a great instrument,” Cripps explains. “We modeled the acoustic after a classic 1944 (Banner era) Gibson J-45.”

Other features of the acoustic include: a $10 Canadian silver coin on the back of headstock, a Vintage Canada luggage decal on the back of the body and twin maple leafs inlayed at the fifth fret.

In the fall of 2014, Tom Bartlett, another friend of Cripps offered to build an electric guitar using the Maple Leaf Forever wood. Both guitars were completed this past February. For the first year, Cripps will play the acoustic with Blue Rodeo and Paul Langlois will play the electric with The Tragically Hip. 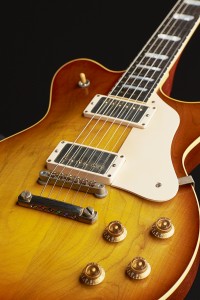 “They are a testament to our passion for great craftsmanship, music and art, and a chance to further both Toronto and Canada’s history through such an iconic treasure,” Cripps concludes.

Meeting of the Minds