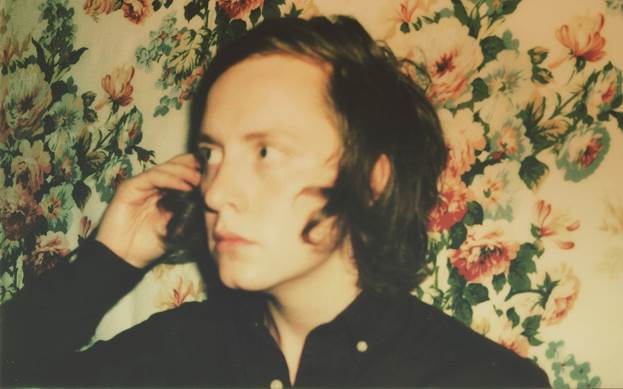 First name Kalle. Last name Mattson. Notice the two L’s. Don’t confuse the musician with the trendy vegetable. He’s named after J.J. Cale, the late great songwriter, who penned such classics as “After Midnight” and “Call Me the Breeze.” Some tough musical shoes to fill. Then again, maybe that bar isn’t so hard to live up to when you’re already an old soul at 22. You’ve toured Europe, won a pair of Northern Ontario Music awards, and most importantly – thanks to your muse – you’ve learned to grieve.

This past February, Mattson released Someday the Moon Will be Gold. The singer-songwriter’s third album, it’s also his most personal. It’s a record he was unsure he could ever release. Grief got a grip on his muse and demanded he write these songs.

Mattson spoke to Words + Music prior to a showcase for the album at Toronto’s Horseshoe Tavern. One month since the album’s official release, he’s feeling comfortable with this song cycle about death. The response, from fans and critics alike, has been incredible.

“I felt like it was a risky move to put my life on display.”

“This record is a part of my soul,” Mattson explains. “It took me a really long time to want to make it. I felt like it was a risky move to put my life on display, so I sat on this record for a long time. I’ve learned that allowing that vulnerability is good. It’s cathartic in a weird way and people have responded to that.”

Five years ago, Mattson, then 16, lost his mom. Still too young to fully grasp this life-changing event, he turned to music for answers. Walking home from school, he listened to Wilco’s Sky Blue Sky. Hearing Jeff Tweedy sing about death comforted him; it made him feel he wasn’t alone. That seminal disc, along with Evening Hymns’ Spectral Dusk, inspired the songwriter to write and record the emotive songs that make up Someday the Moon Will be Gold.

In May 2011, Mattson’s grandmother passed away. He moved from Ottawa back to his childhood home in Sault Ste. Marie for the first time since his mother had died. The songs – such as “A Love Song to The City,” one of many poignant compositions, which he wrote in his living room in an afternoon – came fast.

“Looking back on it now, I grieved through this record and came out the other side,” he writes in a blog entry on his website. “I escaped into these songs, and in a lot of ways they seem like all I have left, but at least I have them.”

His video for “Water Falls” has earned more than 250,000 YouTube views, and for “Thick as Thieves,” more than a million.
Anchors (2011) received a pair of Northern Ontario Music Award wins, for Album of the Year (Group) & SOCAN Songwriter of the Year.
Mattson loves to bowl while on tour: “It’s a cheap way to have fun.”

Ames enjoying having son on the bag