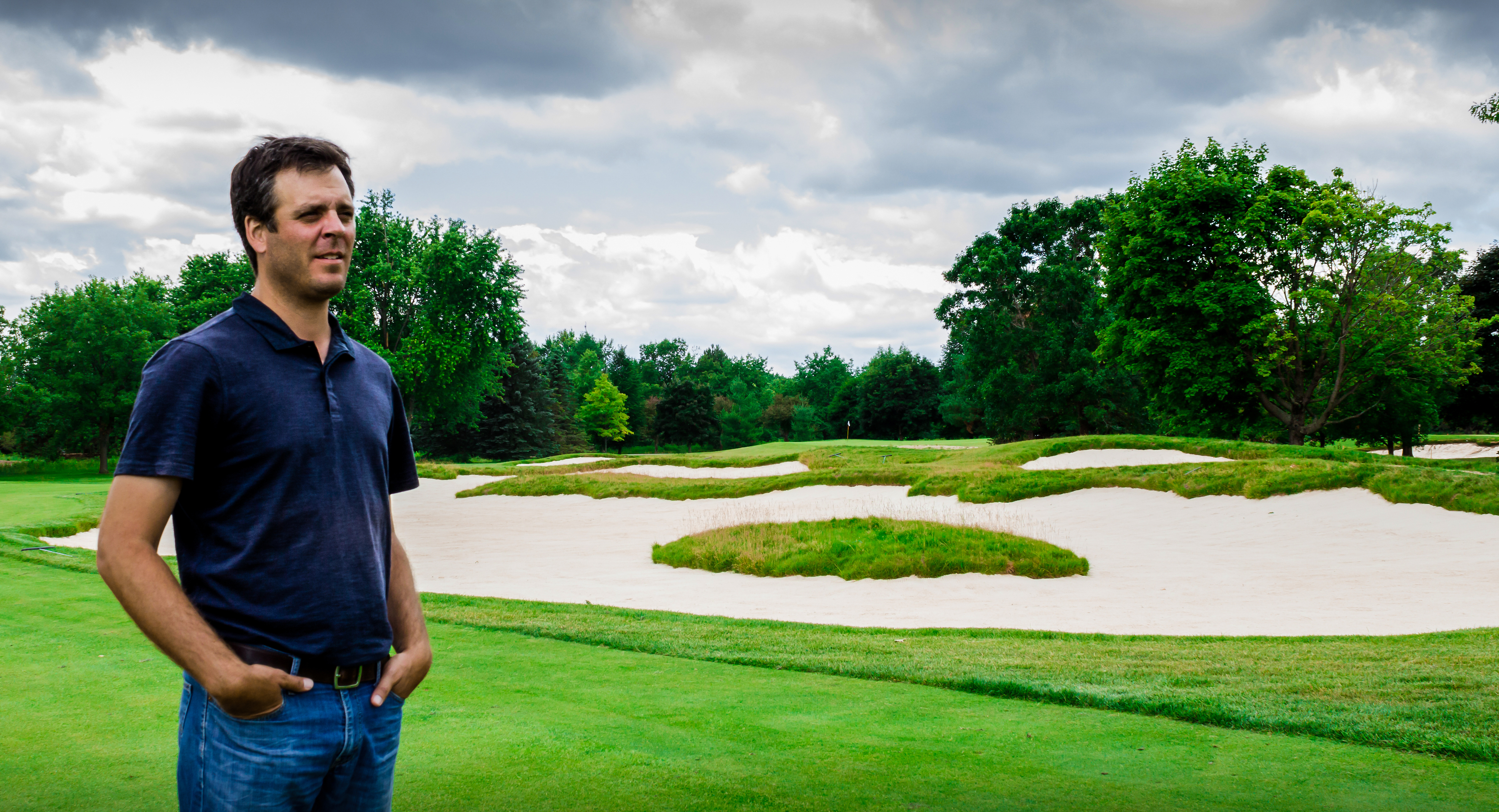 Jeff Mingay recalls a recent trip to Mountain Ridge Country Club – a historic Donald Ross design in New Jersey, which celebrated its 100th anniversary in 2012. What struck him most was how the superintendent and his crew maintain some creative and unique design features such as twelve-inch collars that surround the small, push-up greens that are extended to the edge where Ross’s trademark false fronts and greenside bunkers are located.

“It’s so cool how far they have taken the contours of the putting surfaces out to the edges of the fill paths,” explains the Toronto-based architect. “You can get pins really close to the outside edges of the greens. It just looks really distinctive and unique.”

This feature would not be possible if the course superintendent didn’t challenge his agronomic norms and think outside the box on how he and his team could keep and maintain these historic design features. That’s where the artistry to a greenkeepers’ role comes into play; it’s also just one aspect of the crucial role that is needed when it comes to the unique relationship between architects and superintendents.

“When guys appreciate that aesthetic and they are interested in creating something that is unique, rather than just status quo, that’s when the true magic happens,” says Mingay. “Of the half dozen projects I’ve got going on right now in various stages, the ones that are the most fun – and then as a result the most successful – are the ones where not only do you have a good relationship with the superintendent, but the superintendent is actually interested in the architecture.

“That’s the difference I find between superintendents,” the architect continues. “Certain ones are not that interested in the architecture. When you’ve got someone that knows how to maintain a golf course and grow turf, but they are also interested in, and knows architecture, and is willing to maintain things that are maybe a bit more unconventional or a bit more of a challenge, that’s when the golf course goes to the next level. I can have all the ideas that I want to turn the course into something special, but if the guy who is left to take care of it doesn’t want to push the greens as far out as I want, or doesn’t want to take that tree down, or doesn’t want that many bunkers … that’s when the architecture suffers. That’s not to say that I don’t take into consideration things like maintenance costs and limitations with certain budgets.”

Mingay admits he’s currently working on a few projects where the superintendent has pushed back on his design ideas and asked questions such as: ‘How am I going to turn my mower around?’ and the conversation closes. Not an ideal relationship or situation when you want to create the best possible golfing experience for your members and public players alike. When Mingay asked the superintendent at Mountain Ridge CC how he accomplished this, he simply said, ‘there is always a way.’

“I appreciated that. You could tell he wanted his golf course to be distinctive and he appreciated the architecture. You just have to figure out how to do it and do it differently. It’s really cool to see guys trying to create something unique, working hard, and being innovative.”

Innovation has always been a key ingredient to Tom McBroom’s designs. Known for such award-winning golf course properties from coast to coast such as Tobiano, Bell Bay, and Rocky Crest, the architect also appreciates the importance of the relationship between himself and the course superintendent of whatever property he’s working at — whether it’s a grow-in, renovation, or restoration. 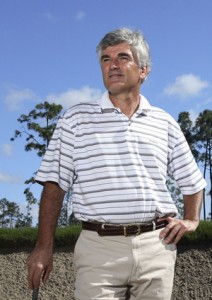 The Links at Brunello, which just opened to rave reviews outside Halifax this past June, is a recent example; McBroom worked closely with the course superintendent: Chris Wallace, whom he says is doing a wonderful job.

“It’s important the two get along,” says the acclaimed architect. “Each has a big responsibility. The architect in getting the design implemented and the superintendent in growing in the course and making sure the course is properly constructed. It’s a pivotal relationship. If the two are butting heads or disagreeing it’s not going to be a very pleasant or fruitful relationship.”

So, how do you make sure there is a meeting of the minds and not a sparring match or word of words? First, you might not be working together if there wasn’t a match of personality. “Usually both get to first base because there is a mutual respect,” McBroom adds. “Then, the relationship grows from there.”

As for Wallace, McBroom has nothing but compliments for the monumental task he has handled of growing in a new course. “He blew everyone away with his skillset, his enthusiasm, and his ability to manage a complicated grow-in,” he comments.

When it comes to the success of the superintendent architect relationship, clear, constant and open communication is essential. For the Brunello project, McBroom chalked up many frequent flyer miles to Halifax to be on site. “It was a pet project of mine,” he says. “I was probably in Halifax 40 times in the last two years … it’s got my fingertips on it that’s for sure!” The same goes for Mingay. Last year when he was working on the renovation of The Derrick Club in Edmonton, he moved there for a few months. “I was on site shaping and Darryl was the construction manager so he and I were basically on site almost every single day of the project,” Mingay says. “Not only was I talking to him about stuff I was building, but he was seeing what was going on day to day, would approach me with concerns he had and vice versa. I believe being there on site and creating in collaboration is critical. When you have a superintendent who is not involved or interested in the construction and an architect that is more of a paper guy mailing stuff in, you don’t get that synergy.”

In big projects you are talking every day, e-mailing, talking on the phone, on you are on site. There also needs to be a mutual respect for the others job and expertise.

“It’s not just you accepting what the superintendent says or does and vice versa,” says McBroom. “It’s a sharing of ideas and getting each other to stretch their perspective and think of better and sometimes alternative ways of doing things for the betterment of the project. In a good relationship you pull the best of your skill sets out of each other.”

Mingay also learns a lot from superintendents and speaks to the reciprocal nature of this relationship. “I’ve made some stupid mistakes with construction years ago when I did not consider the maintenance,” the architect admits. “It’s very helpful to have a superintendent around and have an open, friendly relationship. If you are building something, he can say ‘Whoa, there’s a logical reason why that will not work.’ That is essential to learning golf course architecture.”

CGSA President Christian Pilon, Master Superintendent at Mount Bruno Country Club in St. Bruno, Quebec, has worked frequently with McBroom over the years and he’s learned a lot from the golf course architect. McBroom has been involved at the prestigious private club since the 1990s. He put together a master plan, analyzed the course and as Pilon says, sketched out, “how we can get the course to step into the 21st century.” This is an example of a relationship where there is mutual respect. “He’s a very articulate guy,” says McBroom. “He’s really into the details and the artistry of the project.”

Pilon stresses that you can’t forget, as a superintendent, that neither you, nor the architect are doing renovations for your own accolades. “It’s not our course, not our baby, and we are not creating something for our legacy. We are trying to change, improve, manage, safeguard a property for the enjoyment and that will enhance the experience for our members.”

McBroom has been working with Mount Bruno’s membership for nearly two decades. The most recent work with Pilon is to rebuild, restore and reshape all of their bunkers in preparation for their 2018 centennial. It’s a huge project with nine holes scheduled to be completed this year and nine next. That’s another element about the superintendent/architect relationship shows is that if it’s a good match and the result of the product is good, it tends to be a long-term engagement.

Jason Winter, Superintendent at DeerRidge in Kitchener, Ont. has also had the pleasure to work with McBroom on some green recontour work recently. “He’s a great guy to work with, easy to get along with, and he has a great eye for design,” says Winter. “He plays the game, so he also understands everything that an architect needs to understand – not just how a course looks, but how it plays.”

At the end of the day, the key to the superintendent/architect relationship, just like any other successful partnership, is going all in.

“Rhod Whitman said to me years ago, ‘the guys with dirt under their fingernails are going to have a better chance to be the best.’” Mingay concludes. “I think that’s applicable to both architects and superintendents. If you are out there on the course jointly participating you are going to end up with the best results.”