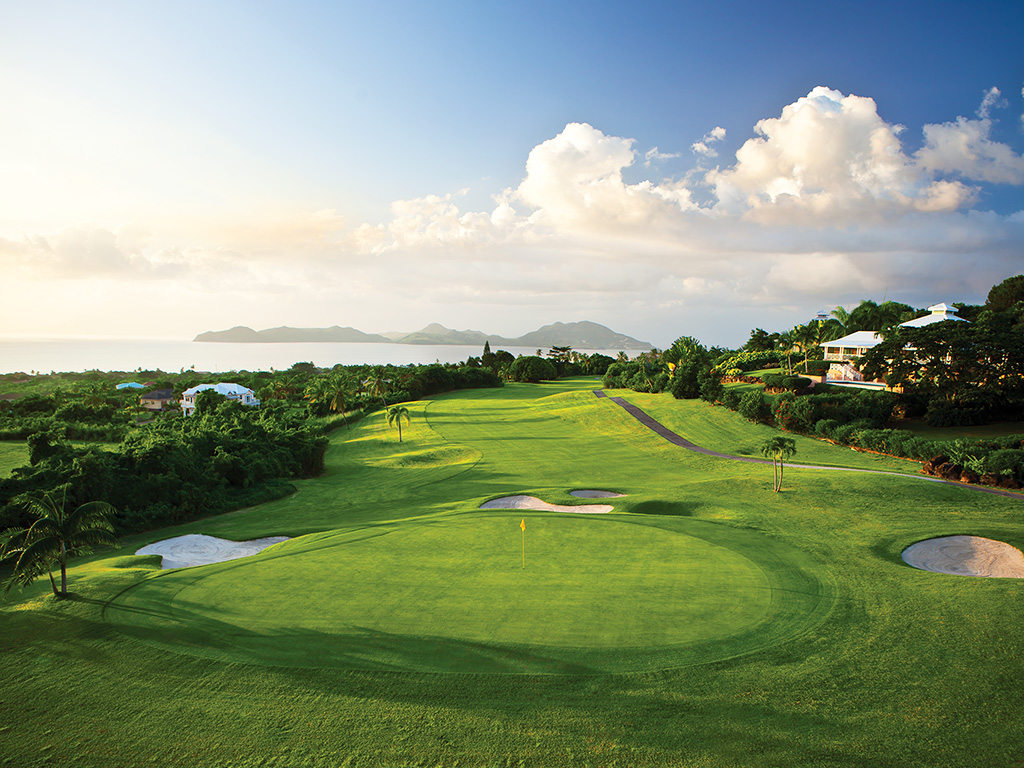 Want to go on a sporting adventure this year? Then hit the fairways at these five world-renowned locales.
Golf is more than just a game. It allows players to fulfill an inner wanderlust and seek adventure near and far. Whether you’re trying to get away from the winter or need a place to unwind in the summer, there’s no better time to plan your next golf escape. From exotic locales to seaside stunners and mountain adventures, there’s no end to unforgettable courses to be discovered across the globe. Here are five bucket-list-worthy suggestions to get you started. 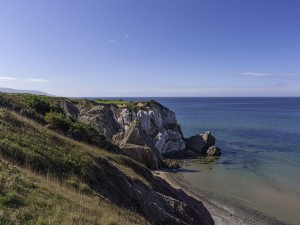 Cabot Cliffs only opened for limited preview play this past summer, but already it has topped most golf magazines’ world’s-best-courses lists. While the destination is remote, for serious golfers it’s well worth a long road trip, or a short-haul flight, to lap up the beauty of Canada’s only true links experience. Set along the shores of the Gulf of St. Lawrence in Inverness, Cape Breton, Cabot offers not one, but a pair of spectacular courses. The Cliffs features several holes that hug the side of the seawall. One reviewer captured this bucket-list experience perfectly, dubbing it “Pebble Beach on steroids!”
cabotlinks.com 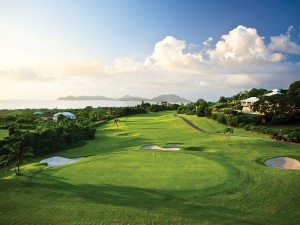 Opened in 1991, this course, designed by famed golf course architect Robert Trent Jones Jr., is a West Indies wonder. Part of a five-star Four Seasons retreat, the course offers stunning panoramas of the resort, the Caribbean Sea and the neighbouring island of St. Kitts. Hit a 7-iron into the green while playful vervet monkeys wrestle across the fairways – commenting on your shot in their expressive language in between munches of mangos. After your round, enjoy a cocktail in the Library Bar or on the Ocean Terrace.
fourseasons.com/nevis 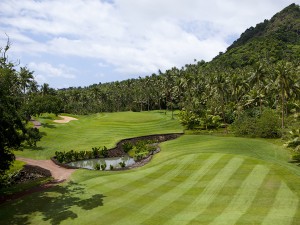 Set amid volcanic mountains and clinging to a straight-edged cliff that drops into the Pacific Ocean, this private island refuge in the South Pacific was the brainchild of Austrian billionaire Dietrich Mateschitz, co-founder of Red Bull. The resort features 25 Fijian-style villas nestled among coconut plantations and deserted beaches, with views of colourful coral reefs and endless jungles. The signature hole is the par-five 12th, where the green extends to the beach – expect to wet your feet at high tide. When not golfing, sip some rum, get chauffeured by boat to a secluded beach where a masseuse and a champagne lunch await, or simply enjoy the solitude in your private villa, which starts at US$5,000 a night.
laucala.com/golf 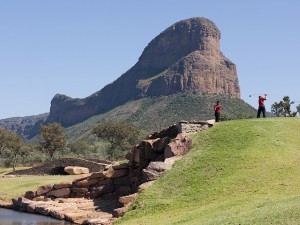 Situated in the heart of the Entabeni Safari Conservancy in South Africa, the resort is home to one of the globe’s most unique golfing experiences. Every hole was designed by a different gold legend, such as Vijay Singh, Sergio Garcia and Bernard Langer. The real reason to visit, however, is to experience the famous par 3 known as the Extreme 19th. The hole is the world’s longest par 3, measuring 391 yards. The kicker: You can only access the tee by helicopter, as the hole sits atop South Africa’s Hanglip Mountain. At 400 metres high, it is also the globe’s tallest hole. Fly into Pretoria and drive north, or hire a private jet to land at the resort.
legendhospitality.co.za/stay-with-us/legend-golf-safari-resort 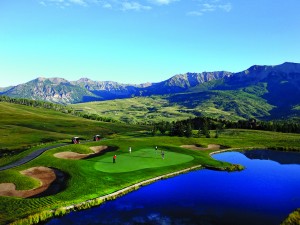 Imagine golfing at an altitude of almost 3,000 metres surrounded by aspen trees changing colour by the minute in the autumn morning light. Most people think of Telluride as a ski village, but it’s much more than that – the mountain golf is stunning, with postcard vistas greeting you at every turn and on every tee. Telluride is set amid the highest concentration of 4,200-metre-plus peaks in North America. The first tee is 2,870 metres above sea level, an altitude that puts Telluride Golf Club among the highest golf courses in the world. Stay on-site at the Peaks Resort and hit the spa post-golf to unwind and quiet your mind. You can also head down the San Miguel River and try fly fishing. At night, take the gondola from the Mountain Village down to the historic town of Telluride. Stroll the streets, where there are no stoplights. Stop at the New Sheridan Hotel, which has a historic watering hole where you are sure to meet colourful locals – like the town’s gravedigger – and hear their tales over a Colorado craft brew. Fly into Montrose with direct service from nine major cities, including Atlanta, Newark, Chicago, Phoenix and Los Angeles.
tellurideskiresort.com/pricing-products/golf