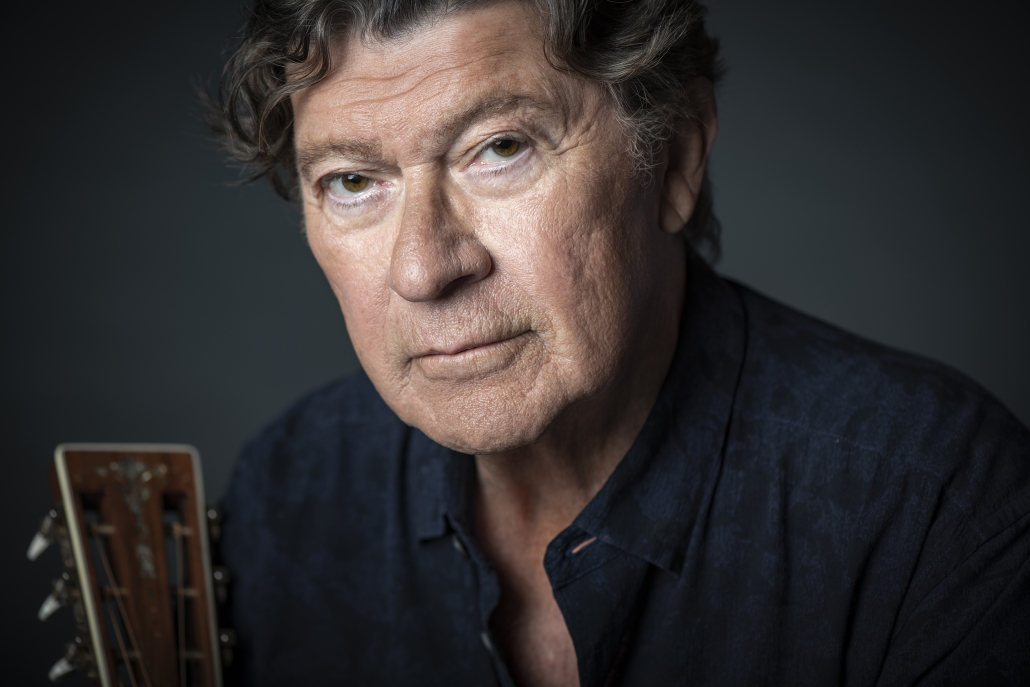 As a member of Ronnie Hawkins backing band The Hawks, Robbie Robertson cut his musical chops playing places along Yonge Street such as Le Coq d’Or and Friar’s Tavern; these fabled bars exist today only as heritage plaques. Robertson and his Hawks’ mates later became The Band, releasing the seminal debut Music From Big Pink in 1968. As leader of this roots-rock group, Robertson wrote many storied songs such as “The Weight,” “The Night they Drove Old Dixie Down,” and “Up on Cripple Creek.” Sixty-seven years later, the Toronto-born songwriter is still telling stories. And, still writing songs. The chills still come. He is still curious. And, that’s the key. As long as he has ideas, and follows the threads down whatever path they take, there are songs and stories waiting for him somewhere along that road.

This September the 76-year-old returns with a few more stories: a new album (Sinematic), his first batch of original songs since 2011, and a new documentary based on his 2016 memoir “Testimony” (Once Were Brothers) — the opening night gala selection at this year’s Toronto International Film Festival (TIFF). Robertson also wrote the score for his pal Martin Scorsese’s new film: The Irishman, which arrives next month. If that output is not enough, he lets on in the course of our 30-minute conversation that he is also working on a follow up to Testimony.

“I’ve never done anything like this before,” says Robertson of this outpouring of creativity. “It all just came to the surface at once. I’m still looking at it and scratching my head. Where did this stuff come from? In some cases I know; in other cases it’s mysterious.”

If you had to sum Robertson’s life into two words, the title of one of the songs on Sinematic works just fine: “Beautiful Madness.” Turn on the news, darkness lurks. Look around you, beauty abounds. You can’t help but be affected by all of the colors and moods the days of our lives present. As one of Canada’s most revered songwriters, Robertson has always found a way to weave all of these shades into his storied songs.

It all began during childhood summer days spent with his mother at the Six Nations of the Grand River — Canada’s largest reserve in Ohsweken, Ontario. Here is where his love of the arts, and of music, was first kindled. Robertson listened to the sacred myths told by the elders. He listened to the beats of the drums and the plucking of homemade guitar strings as his relatives played and sang storied songs like Lefty Frizzell’s “The Long Black Veil.” These simple rhythms gave him chills he still feels. By the age of nine most kids are just figuring out whom they wanted to play with at recess. Not Robertson. The songwriter knew his destiny: when he grew up he was going to be a storyteller.

While some places where the ideas and stories hide are a mystery, the art of catching these thoughts and assembling them into a song still comes naturally to Robertson. Most often they come from reading movie scripts, watching films, and then everything connects, resulting in something beautiful.

“I don’t’ make records to go out and do a tour and have new songs to play,” he explains. “I’m in a different line of work. It all connects with the visuals.” This time the visuals came in the form of the script for The Irishman and in working on the Once Were Brothers documentary. Writing for movies, Robertson explains, starts with reading the script.

“I imagine what kind of mood and what colors come to mind and it slowly starts to take shape.”

On Scorsese’ latest flick, Robertson says he’s never seen anything like it. “It’s got different feel. It’s a different take on this gangster world, so the music needed to have that different feel as well.” On the TIFF gala film — the first time a Canadian-made documentary opened the festival — it’s a tale of a hometown hero, inspired by Testimony. It brings to the screen Robertson’s musical journey and incredible life story.

Robertson’s life is like a movie; it was not hard to translate this tale to the big screen. Read his autobiographical deep dive and you see the cinematic similarities everywhere. There is triumph. There is tragedy. There is darkness and light. And, there is a soundtrack that always played throughout his 76 years and counting: from the Scarborough Bluffs to the Hollywood Nights.

“I thought in the past if I didn’t get so distracted early on with music and rock and roll, I probably would have ended up in movie land,” Robertson jokes. Today he resides in Los Angeles; so, in a roundabout way, his musical explorations led him to a career in Hollywood eventually.

Film grabbed hold of Robertson at a young age. He never let go. These days, he feels nostalgic for the golden age of movies; he thinks some of that magical world is slipping away. Remember those lazy Saturdays where you would go to the theatre, and get transported to another realm: the smells, the atmosphere, and finally the picture playing on the big screen all led you there. As the lights dimmed and the storytelling began, the cinematic techniques took you away.

“I remember as a kid, you would go to a movie and you would get completely lost in a world you never imagined going to,” Robertson concludes. “You sat in the dark, watched a movie and you were right in the movie with the characters … it was such a wonderful feeling. Today, movies have become more like roller coaster rides. A sacrifice is being made for extraordinary filmmaking.” 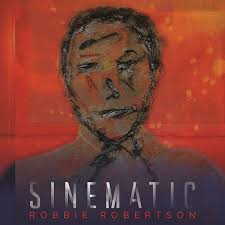 Sinematic is Robertson’s sixth solo record and his first batch of original songs since How to Become Clairvoyant (2011). Recorded at The Village, the famed studio in West L.A., Robertson is joined on this 13-song collection by a variety of collaborators from Van Morrison (who duets on the first single “I Hear You Paint Houses”) to J.S. Ondara, Glen Hansard, and singer-songwriter Citizen Cope. Storied songs abound. The title of the disc is a fine example of wordplay; “cinematic” refers to anything to do with the world of films. Here, sin is substituted to reflect the world we live in where darkness dwells and evil simmers, waiting for us to take them for a ride. Many of the songs speak of this underbelly of society.

Cinema is a world Robertson knows well. It’s a medium he’s dabbled in ever since his relationship with his seminal group of musical brothers (The Band) disbanded, following the memorable last concert captured by his long-time friend Martin Scorsese in The Last Waltz.

“Once Were Brothers” is a cathartic farewell to his old mates in The Band, part nostalgia, part moving on, part wondering what the hell went wrong. Robertson croons: “Once Were Brothers/Brothers no More/We lost our way/After the war.” Another highlight, “Dead End Kid” speaks of Robertson’s triumph over all the doubters, who thought he would go nowhere. He defied the odds and this song is one of the most personal on the record.  A pair of instrumentals (“Wandering Souls” and “Remembrance”) showcase Robertson’s gorgeous guitar playing, which, like all the songs on Sinematic, and like a masterpiece of cinema, leave you wanting more.